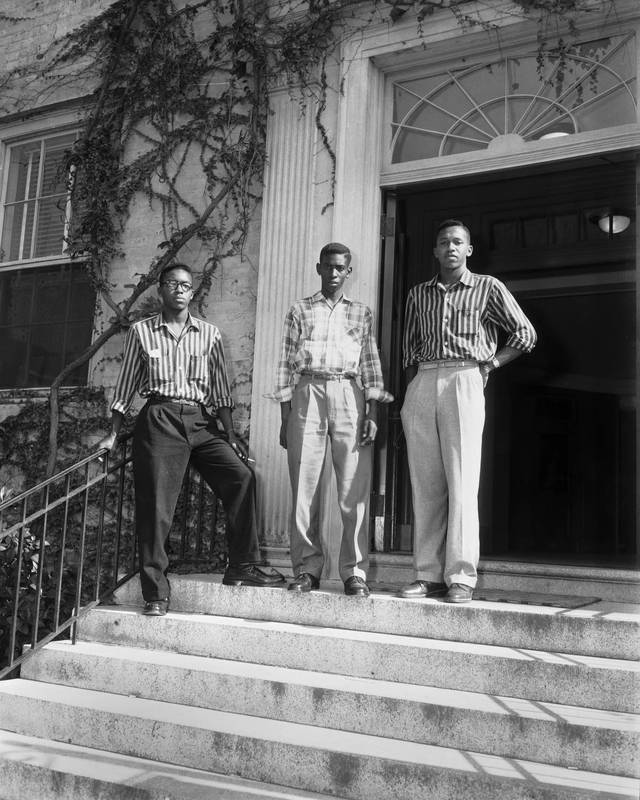 The student body remained all white until 1951, when the courts forced the admission of blacks to the law school. Black undergraduates first enrolled at the university in 1955, but their numbers remained low for many years. There were four black freshmen in 1960 and only eighteen in 1963. That year, Karen Parker of Winston-Salem transferred to Carolina from Woman’s College in Greensboro to become the first black female undergraduate. In 1973, the university chartered its first black fraternity, Omega Psi Phi, and its first black sorority, Delta Sigma Theta.