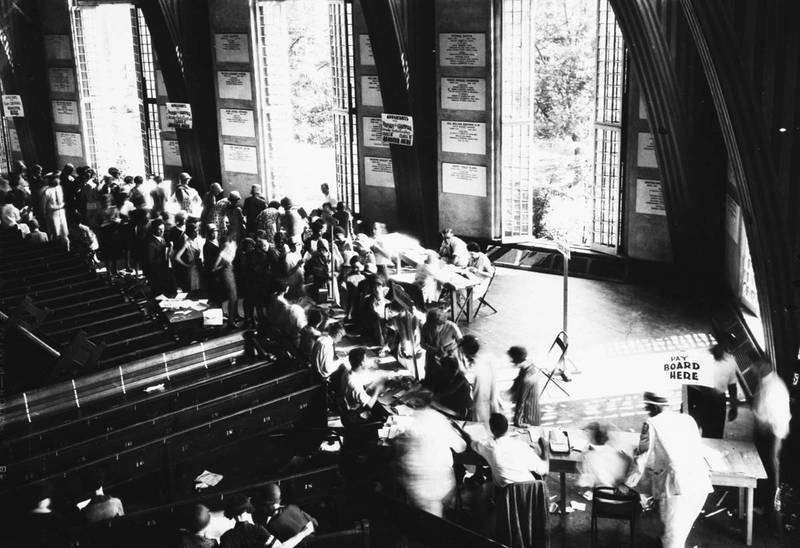 Before the Civil War, Carolina was a small college that taught the classical curriculum and some science courses. When the university reopened in 1875, the trustees decided that it should be more engaged with the state around it and so expanded its professional training. In the early years of the twentieth century, President Francis P. Venable first made it possible for students to be admitted without Latin or Greek if they had taken mathematics courses. At the same time, juniors and seniors were allowed to take electives, which grew in number as the faculty expanded. The university trained engineers from 1901 until 1938, when the state legislature transferred the engineering program to North Caroling State University. Under President Edward Kidder Graham, the university took on new subjects and new students with the creation of departments of continuing education, rural social economics, rural education, dramatic art, and commerce. During Graham’s administration, the university also raised the number of entrance units required and expanded opportunities for upper classmen to take electives. The first honors program appeared in 1915.

← Student Lounge in Graham Memorial
Students on the way to class on Polk Place, 1930s →