Drawing of early female student from the Yackety Yack, 1907 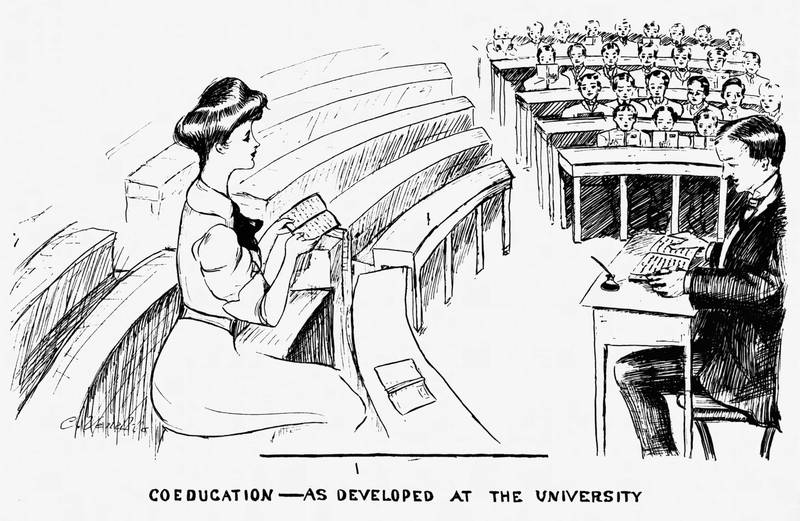 The UNC Board of Trustees voted in 1897 to admit women, but limited their enrollment to graduates of other colleges, meaning that for many years there were only a handful of women on campus. In 1897, five female students attended Carolina, a number that increased to only sixty-five by 1921. The state intended for most women to attend Woman’s College (now the University of North Carolina at Greensboro), which opened in 1892. At Carolina, the small group of female students maintained a dignified style, usually wearing hats and gloves. In classes, female students were frequently forced to sit alone. They did not participate in the public commencement ceremonies.