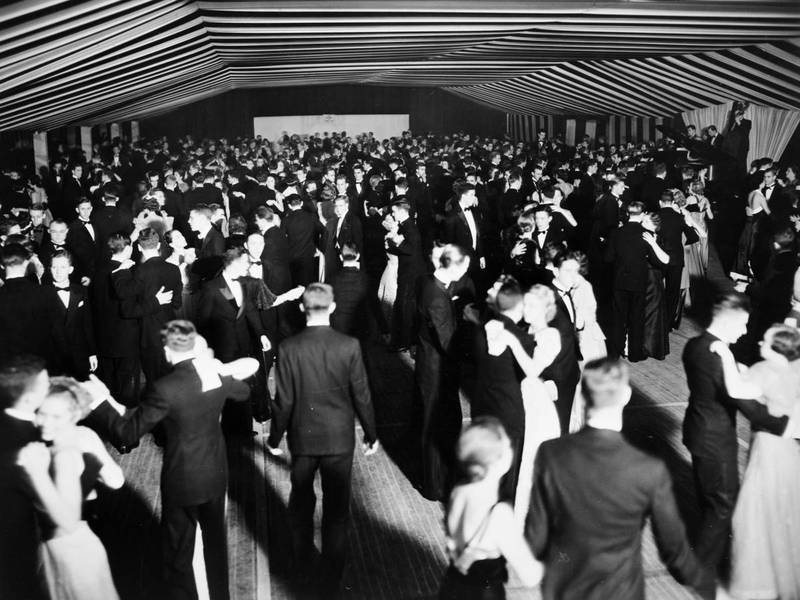 Social activity for fraternity members during the early part of the twentieth century revolved around formal dances. The German Club, a student group begun in 1890 to bring entertainment to campus, organized the fall, Easter, and commencement dances for many years. Only one dance, the Senior Ball, was open to non-fraternity students. There were so few women on campus that Chapel Hill students invited dates from nearby colleges for dance weekends. Religious groups criticized the university for allowing dancing in public buildings, so the alumni constructed an off-campus ballroom in 1885. After Bynum Hall opened in 1906, dances were held there until the Tin Can gymnasium was built during the 1920s.