The controversial issue of the Buccaneer, November, 1939 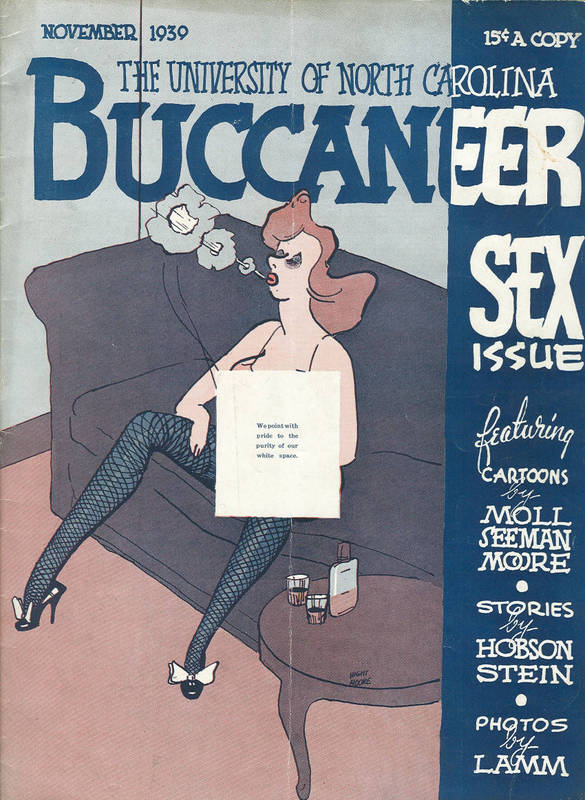 Disputes among student groups during the late 1930s led to the formation of an elected student legislature. In 1939, its second year of operation, the legislature voted to discontinue the Buccaneer, a student humor magazine, for printing what it deemed to be obscene material. It also ordered that the offending issue be destroyed. The legislature became better organized during the 1940-1941 school year and took control of the allocation of student fees. Every publication and extracurricular club had to present a budget for the legislature to approve. In 1942, the legislature took another controversial action when it limited the amount fraternities spent on formal dances to $400, believing that it was inappropriate to spend extravagant sums during a war. The key office of this legislative body was speaker, which was held over the years by students who have since become prominent North Carolinians, such as William Cochrane, Terry Sanford, Ferebee Taylor, Douglass Hunt, and Eli Evans.