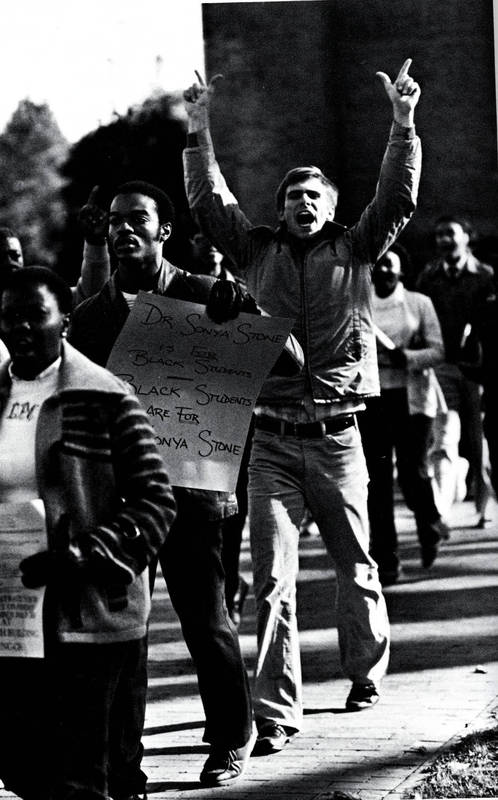 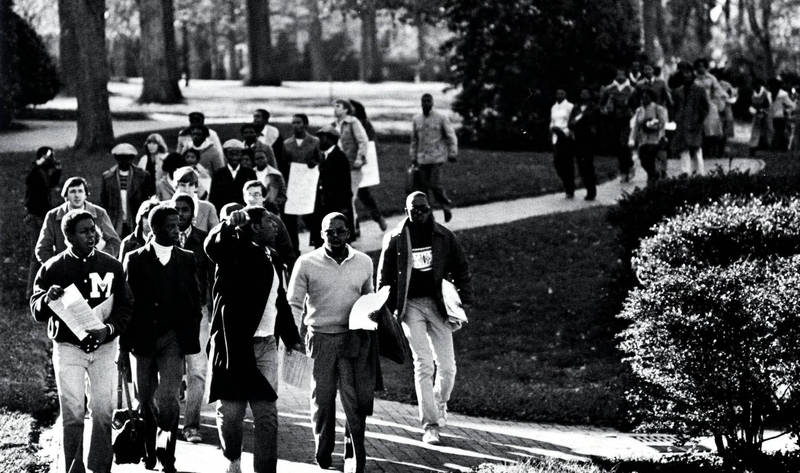 Students were angry at the administration for not consulting them before denying tenure to Dr. Sonja Stone, head of UNC's African and Afro-American Studies curriculum from 1974 to 1979 and adviser to the BSM from 1974 to 1980. They were also displeased by what they perceived as the "growing insensitivity of the UNC administrators" of making decisions behind closed doors. Chancellor Ferebee Taylor allegedly told BSM Chairman William Bynum that "as students you have no recourse but to accept administrative decisions." Two hundred students marched to South Building and demanded to see Provost J. Charles Morrow; when he wouldn't see them, protestors held a sit-in in South Building. BSM members were also dissatisfied because of Associate Dean H.B. Renwick's charge that UNC was not admitting qualified African Americans into the University and that no office of minority affairs existed. After an appeal, Stone received tenure in the fall of 1980, and the Office of Minority Affairs was created shortly thereafter.