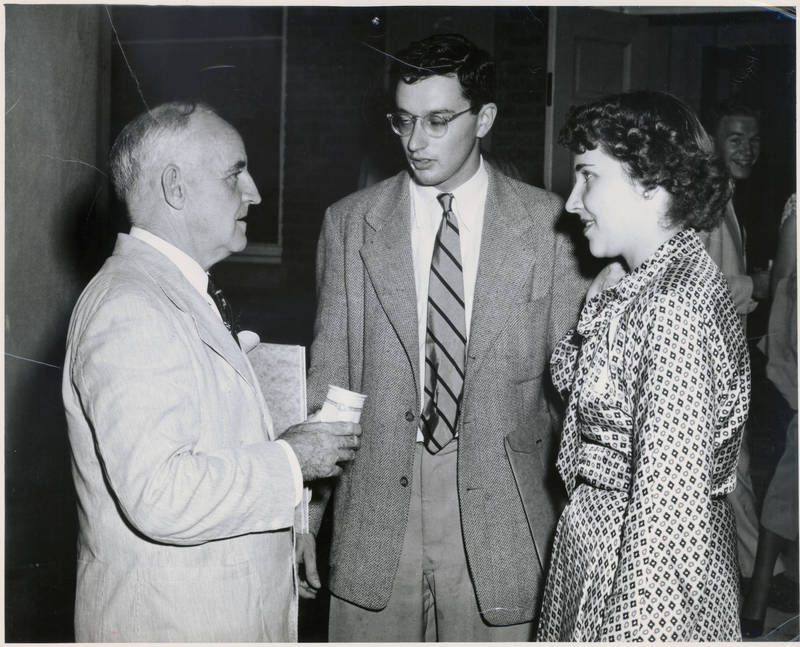 Liberal Jewish activist Allard Lowenstein attended the university from 1945 until 1949 and remained fervently anti-Communist. With Frank Porter Graham as his mentor, Lowenstein began his political career by protesting the segregation of Jews in campus dormitories. Opposing fraternity domination of campus politics as undemocratic, he worked to give non-fraternity members a voice. Lowenstein also protested the South’s racial segregation, and advocated black admission to the university. In 1945, he and his allies desegregated the state student legislature. The next year, they called for an end to the poll tax. During the civil rights movement, Lowenstein became a key figure in organizing the 1964 Mississippi voter registration drive, “Freedom Summer.” In 1967-8, he led the antiwar “Dump Johnson” movement that forced the president to abandon his re-election campaign.