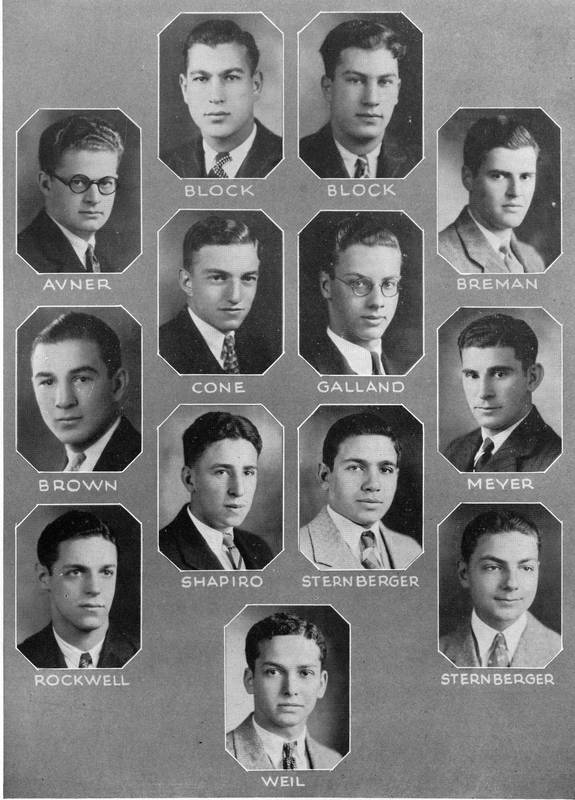 A second fraternity for Jews, Zeta Beta Tau, whose members were known on campus as “Zekes,” appeared in 1927. Tau Epsilon Phi attracted the sons of eastern Europeans while Zekes tended to come from Reform German families. During the 1930s, two more Jewish fraternities appeared: Phi Alpha and Pi Lambda Phi. There was also a kosher boardinghouse in town, run by Esther Jacobson. During the 1930s, Jews constituted about 10 percent of the student body, reaching a peak of 15 percent of the entering class in 1936. In 1938, more than 200 of the 249 Jewish students on campus were from the North. At this time, Jews composed 3.5 percent of the nation’s entire population and less than one percent of the state’s.