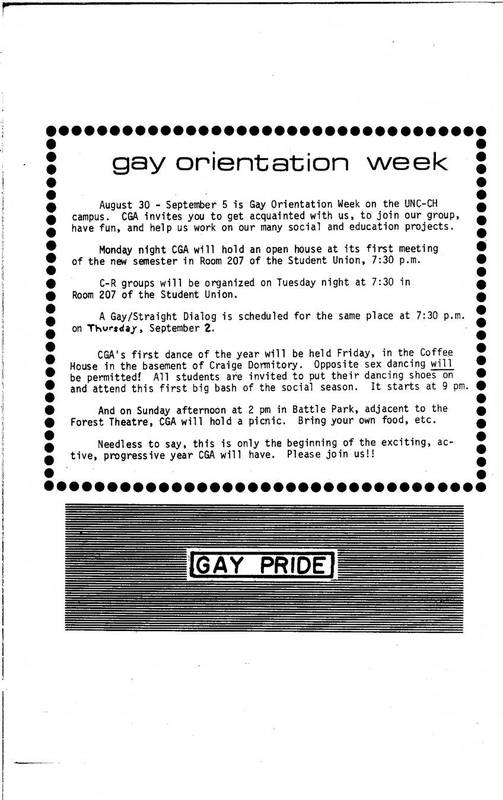 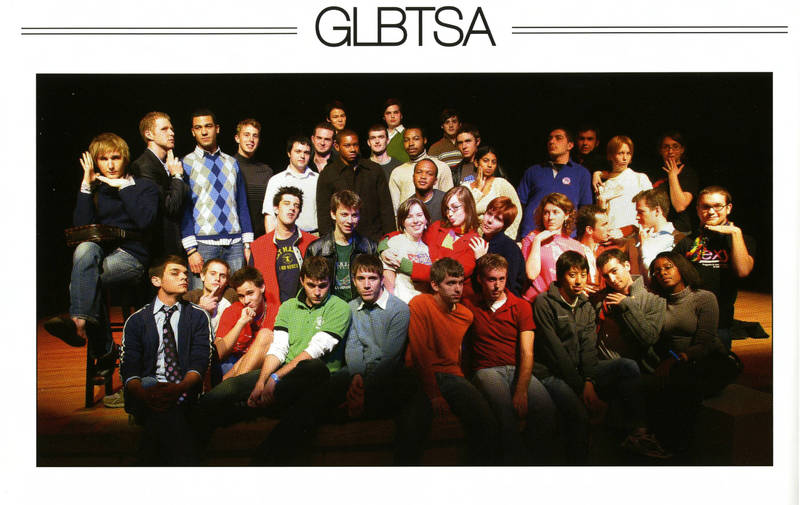 The Carolina Gay Association was organized in Spring 1974 and was recognized by the university the following fall. The decision to recognize the group was controversial at the time. According to the Daily Tar Heel, some opposing students distributed flyers for the Association to older alumni at a football game in an attempt to evoke further controversy. The CGA, today called the Sexuality and Gender Alliance (SAGA), not only survived this difficult start, but has thrived as an active support and advocacy group for LGBT students.

In 1976, the CGA began publishing Lambda, the first LGBTQ student publication in the nation. The first issue featured a schedule for Gay Orientation Week, including a Gay/Straight Dialogue in the Student Union (left). In 2003, the organization hosted the first annual North Carolina Unity Conference, now known as the Southeast Regional Unity Conference. Hosted at UNC each spring, it is the largest LGBTQ conference in the Southeast.