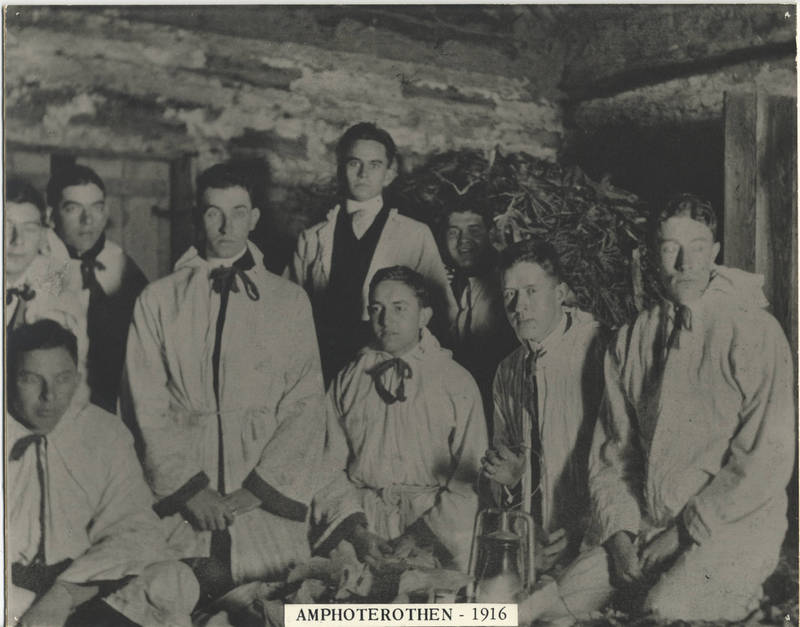 The Amphoterothen Society, a student organization for extemporaneous speaking, was the brainchild of Dr. Joseph Gregoire de Roulhac Hamilton, who had been a member of a similar organization while a student at the University of the South. The group was founded by Hamilton and three seniors—Walter Stokes, Claude Edward Teague, Sr., and Archibald Manning Wiggins—during the 1912-1913 academic year, and given the name Amphoterothen, meaning "from both sides" in Greek. The Society consisted of thirteen members chosen from the junior and senior classes. Leaders for each meeting rotated alphabetically among the members. After the meeting was called to order, the leader would announce the topic for discussion, which was a surprise to the other members. After a three-minute period of silence, the members were called upon in alphabetical order, and each spoke three minutes on the topic. The group became an honorary society in 1959.