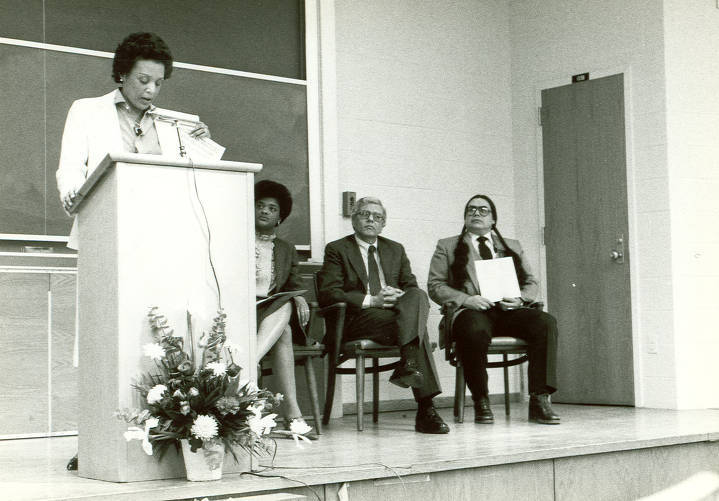 The Minority Student Caucus consists of students of color in the Gillings School of Global Public Health and their allies. The Caucus was founded in the early 1970s as a vehicle for bringing the concerns of minority students to the attention of the School's administration and for working to attract more students of color to the School. The Caucus founded the Minority Health Conference in 1977 and has conducted it annually since then. The Caucus also works with the School's leadership on outreach programs, some initiated by the Caucus and others initiated by the School, to increase diversity and inclusion. The photo above shows speakers at a Minority Health Conference in the early 1980s.