The University of North Carolina Band 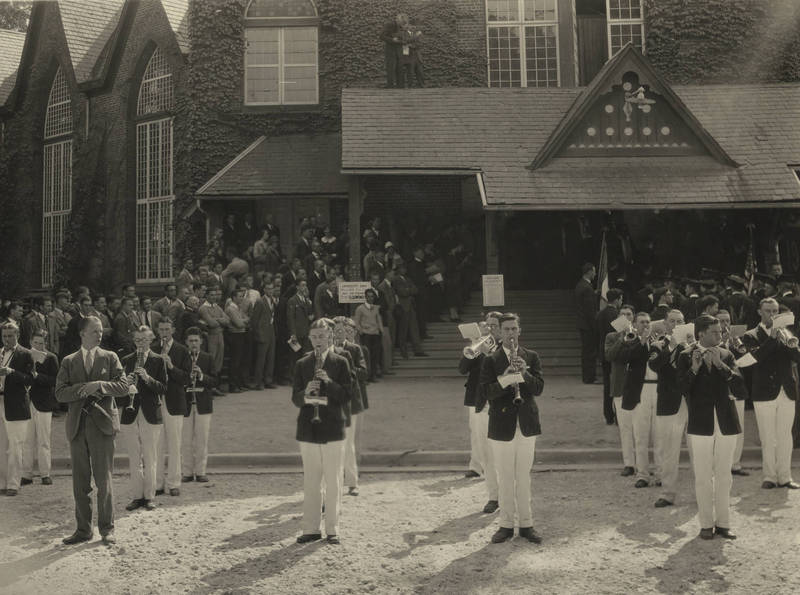 The UNC Band was formed in 1903 and performed for the first time at a UNC baseball game in 1904. Within a year the Band was playing at all home baseball games. Beginning in 1906, the Band performed concerts on the steps of the Alumni Building, with Charles T. Woollen, the university's comptroller, serving as the director. By 1908 band members were traveling regularly, at their own expense, to away football games. In 1913 the university picked up the cost for those trips, spending $93.05 to send 20 band members by train to Virginia for a football game.

Although the band performed regularly at home football games and campus concerts, it didn't make an appearance at basketball games until 1963. Coach Dean Smith invited the group to perform at home games, and member Keith McClelland assembled about a dozen musicians to form the Pep Band.