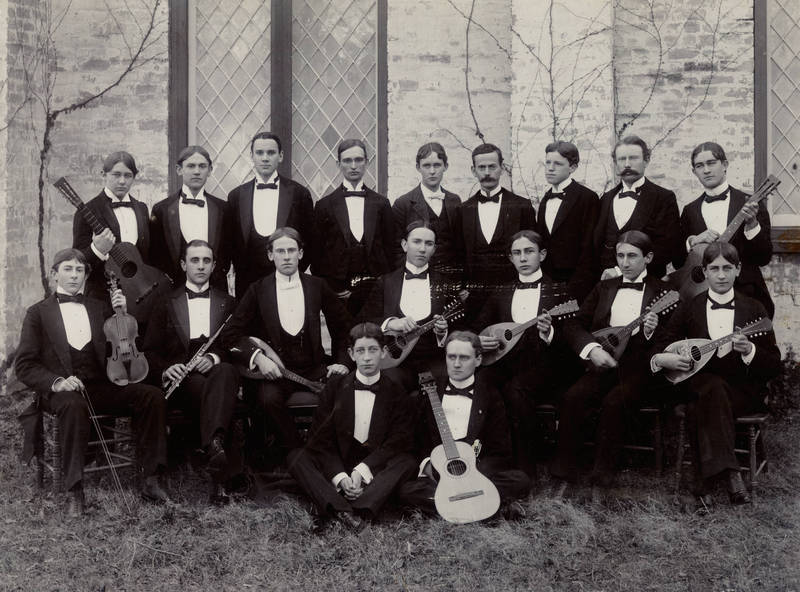 With the formation of the Mandolin Club in 1895, the university welcomed its first instrumental music organization. This group of musicians, along with those from the Banjo Club, also formed in 1895, provided accompaniment for performances of the UNC Dramatic Club and shared the bill with the Glee Club during fall, spring, and Commencement concerts. As seen in the 1897 photo above, the Mandolin Club included more than just the instrument for which it was named. Guitars and wind instruments were occasionally featured and at times the organization was called the Guitar and Mandolin Club.

← Greek Organizations, 1970 to the Present
The University of North Carolina Band →