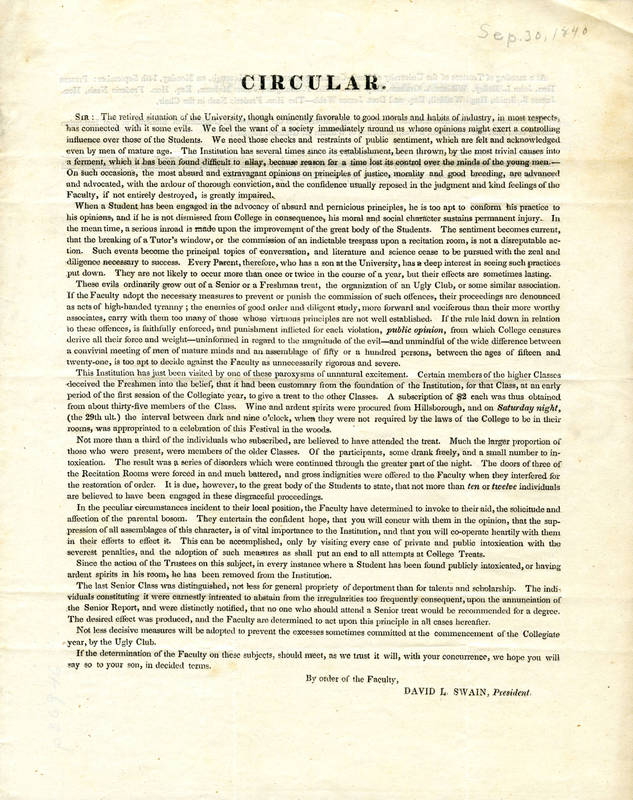 The Ugly Club was a secret society formed in 1831 by a small body of students with the alleged purpose of acclimating homesick freshmen to University life. Richard B. Creecy, a freshman who was invited to a meeting in 1831, later recalled that upon his arrival he was greeted at the door by a student, "dressed in an uncouth style" and wearing a dunce cap with horns. Creecy was forced to dance around the room, and before he left, other Club members coated his face with grease and lamp black. In his History of the University, Kemp P. Battle writes that by the summer of 1838 the activities of the Ugly Club had further degenerated, with members disguising themselves, bothering village citizens, and committing "trespasses of peculiarly low and disgusting character on private property." This circular was sent to students' parents to obtain their cooperation in suppressing the activities of the Ugly Club and other similar groups.

← Order of the Golden Fleece
The Order of Gimghoul →