The Order of Gimghoul 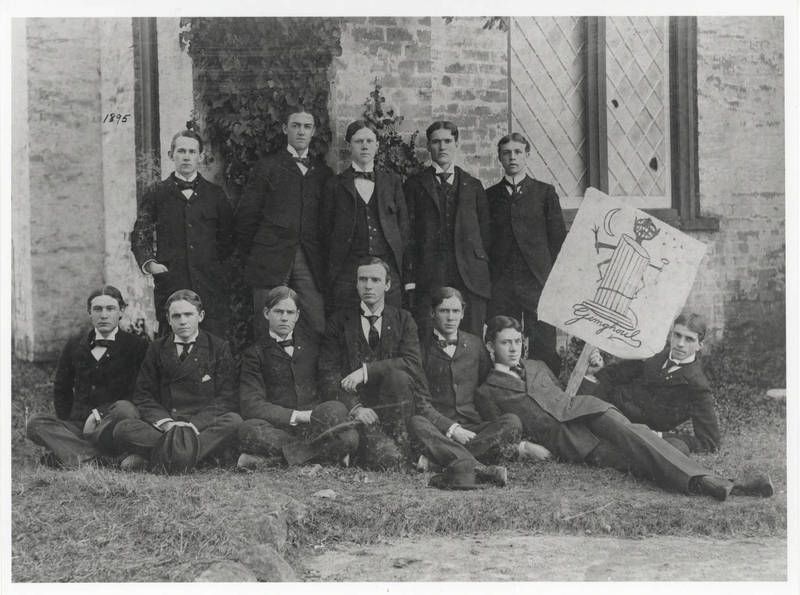 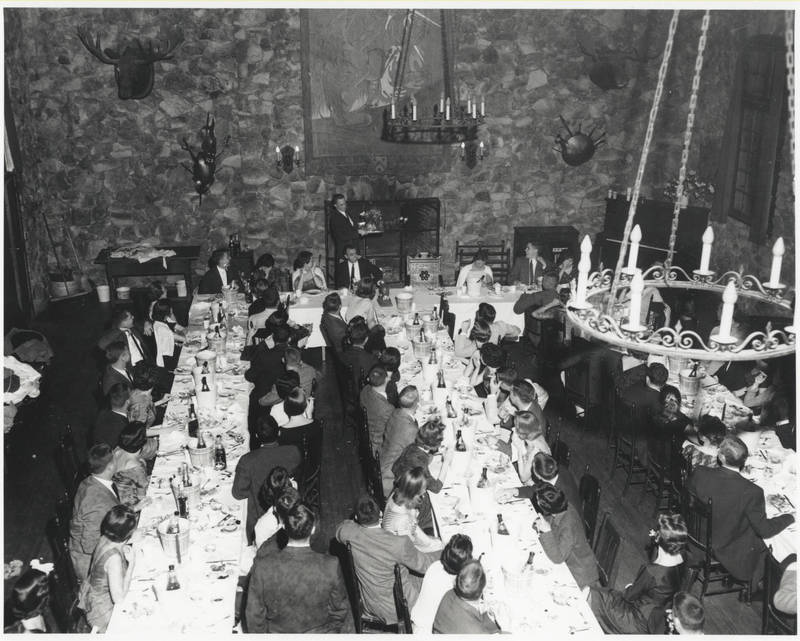 In the fall of 1889, Edward Wray Martin, William W. Davies, Shepard Bryan, Andrew Henry Patterson, and Robert Worth Bingham formed a secret society. After hearing University President Dr. Kemp P. Battle tell the legend of Peter Dromgoole, a student who disappeared from the university in 1833 under disputed circumstances, the students were inspired to name their society the Order of Dromgoole (shortly thereafter changed to Gimgoole, then to Gimghoul). Only male students, rising juniors or higher, and faculty were invited to join the organization, and no list of current members was provided until the end-of-year publication of the campus yearbook. The picture on the left shows the order in 1895. In 1926, Gimghoul Castle was completed. Located in Battle Park, which the Order had purchased from the university in 1915, the castle was designed by New Orleans architect and Gimghoul alumnus Nathaniel Cortlandt Curtis, and built by stone masons from Valdese, North Carolina. The picture on the right shows a banquet held at Gimghoul Castle in the 1950s.

← The Ugly Club
The University Club →