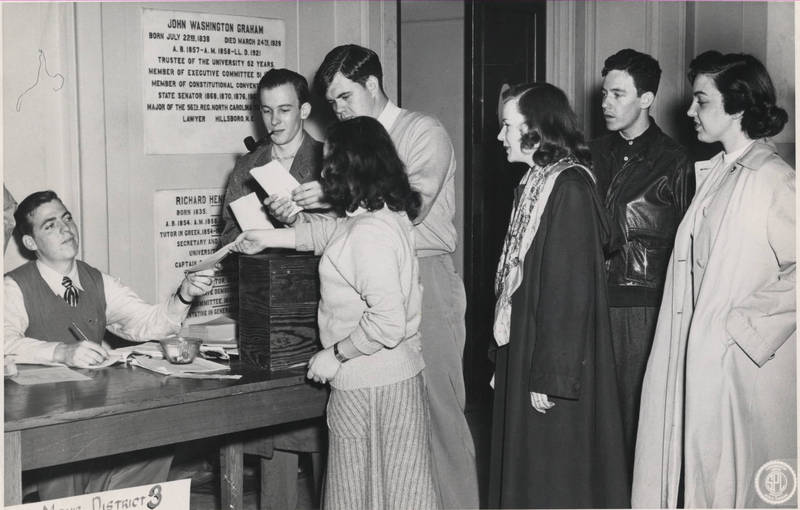 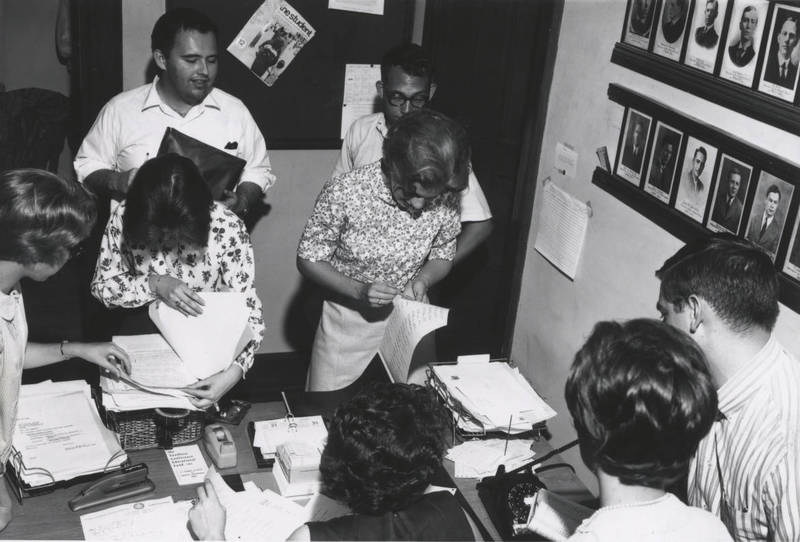 Student government at UNC grew out of the judicial power the Di and Phi Societies held over student conduct, and evolved into a powerful governing body. In 1904, University President Francis Venable called for the organization of a judicial council that would handle violations of the Honor Code, incidents of hazing and other offenses. During the early decades of student government, candidates were divided by political party, the largest of which were the Student Party and the University Party. It wasn't until 1921 that the university elected a Student Body President—previously, the president of the Senior class had presided over the Council. In 1926, the Executive Branch was formed around the Student Body President, and in 1938, the Legislative Branch was formed.

← The Dialectic and Philanthropic Societies
The Campus Y →