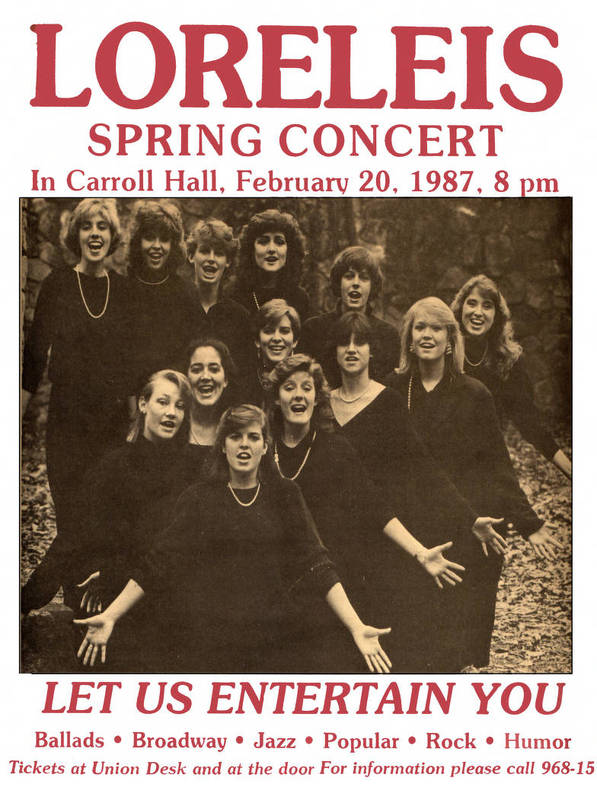 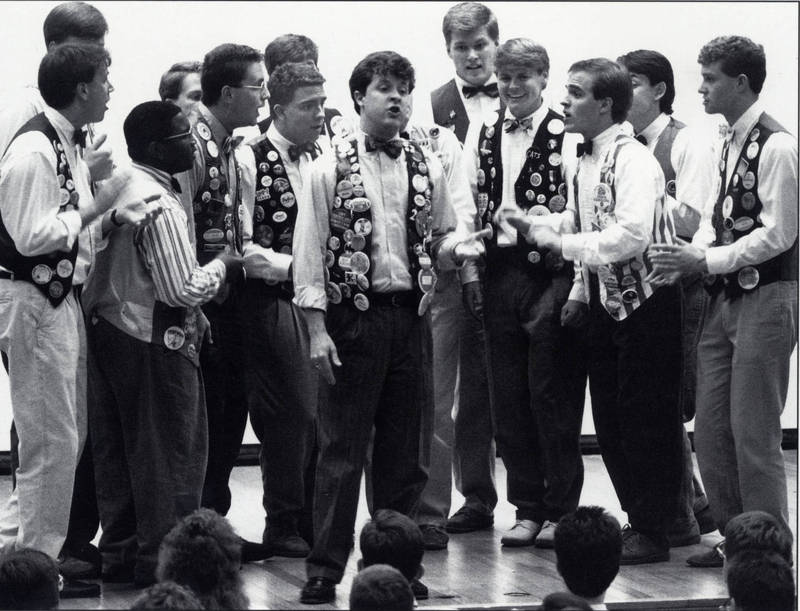 Taking their name from a song by George and Ira Gershwin, the Loreleis (left) made their debut at a campus banquet in October 1981.The group of eight undergraduate women performed several ballads a cappella.

Since, the group has grown in numbers and in their repertoire, which now includes contemporary pop, R&B and country. They have released nine recordings and toured nationally and internationally. In 2004, they sang the National Anthem at Game Two of the American League Championship Series at Yankee Stadium.

The Clef Hangers (right) was founded in 1977 by Barry Saunders. The freshman gathered a few male friends to perform an a cappella show in the old Morrison Dormitory coffeehouse. The Morrison Dorm Singers, as they were then known, became the Clef Hangers.

Since then, they have taken their music far beyond the university's South Campus, performing at Commencement, in biannual shows in Memorial Hall, and for audiences in Washington, D.C., Los Angeles, Spain, Scotland and France. Both organizations are sponsored by the UNC General Alumni Association.