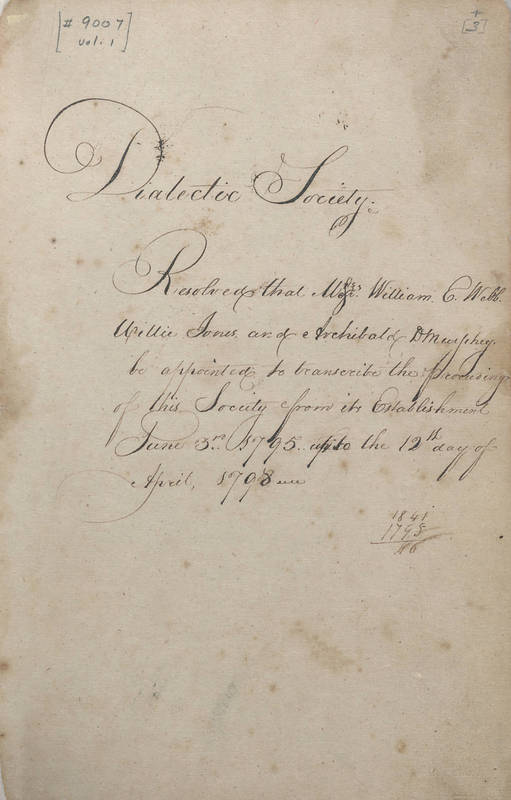 In 1795, thirty-one members pledged to abide by the laws of the Debating Society, including UNC's first student, Hinton James. However, at the group's third meeting, on June 25, 1795, a motion was made to divide into two separate societies. After postponing the vote for a week, the society's members passed the motion and a second society, called the Concord Society, was created.

The following year both Societies took on Greek names. The Debating Society became the Dialectic Society (the "Di") on August 25, 1796, and on August 29, 1796 the Concord Society became the Philanthropic Society (the "Phi"). Faculty members were allowed to join the societies until 1799, when the faculty barred their own participation in the interest of promoting students' independence from oversight.

The Dialectic and Philanthropic Societies →