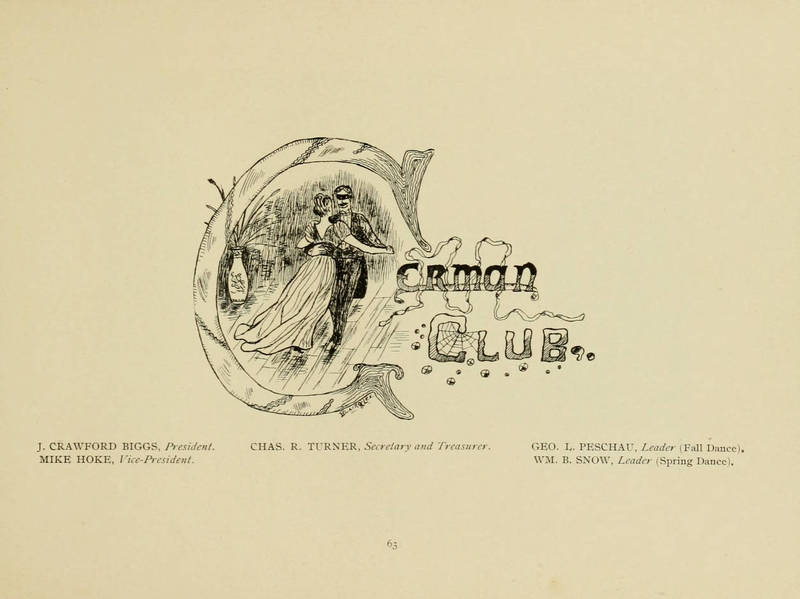 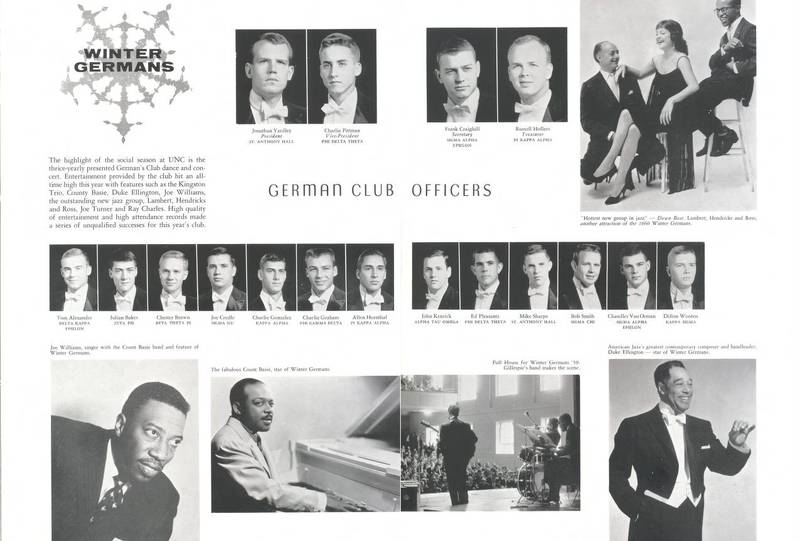 The German Club was organized in the late nineteenth century to plan formal dances and other social events for its members. A "German" was a kind of figure or social dancing which became popular after the Civil War. Colleges and communities across the country formed groups which sponsored these dances two or three times a year. By the 1950s, the German Club was run by the fraternities on campus, and extended its focus to include concert entertainment. The Club brought big-name performers including Tommy Dorsey, Ray Charles, and Louis Armstrong to campus for concerts, which were followed by formal dances. The last time the German Club appears in the Yackety Yack is 1969. Its role of providing entertainment on campus was in large part taken on by the Student Union, which from 1963-1971 organized Jubilee, a series of outdoor folk and rock music festivals.