Carolina Alumni Memorial in Memory of Those Lost in Military Service 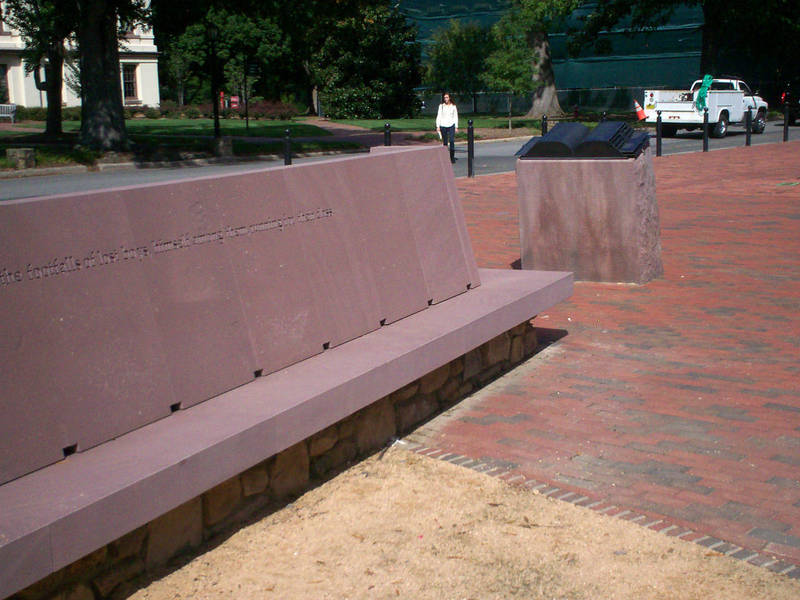 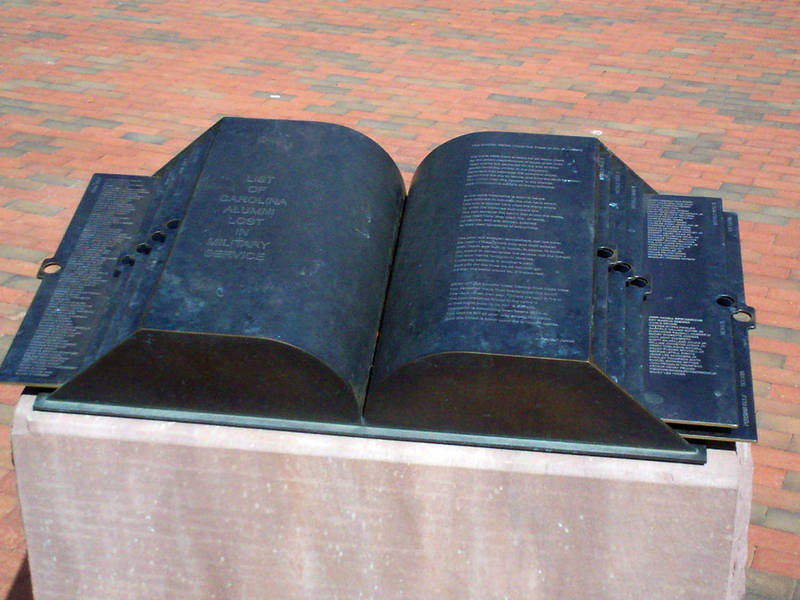 While visiting the World War II American cemetery in Normandy, Robert W. Eaves (class of 1958) realized that the UNC campus did not have a similar place to honor alumni lost in wars. He formed a committee with Carolina alumni Sherwood H. Smith, Jr., class of 1956 (Navy), and Charles M. Winston, Sr., class of 1953 (Air Force), and began planning this memorial in 2002 with the assistance of the General Alumni Association. Five years later, Maggie Smith's multimedia memorial was dedicated in the plaza next to Memorial Hall. The centerpiece of the memorial is a bronze Book of Names with pull-out "pages" (grouped chronologically by war), upon which are engraved the names of the 684 UNC alumni known to have perished in service of their country. Blank space has been left to allow for the inclusion of alumni yet to be discovered, as well as those who may be lost in the future. Pointing to the Book of Names (and, farther down Cameron Avenue, the Old Well) is a red sandstone bench inscribed with a quotation from Thomas Wolfe's Look Homeward, Angel. Low stone walls and trees fill the plaza in front of the bench, and 16 quotes from alumni and their loved ones who were affected by war are inscribed in flagstone pathways. The artist Maggie Smith was chosen because of her experience designing memorials, including the Oak Grove Freedman's Cemetery Memorial in Salisbury; the Armed Forces Memorial in Norfolk, Virginia; the Salem Witch Trials Tercentenary Memorial in Salem, Massachusetts; and more than 20 other public art commissions across the United States.