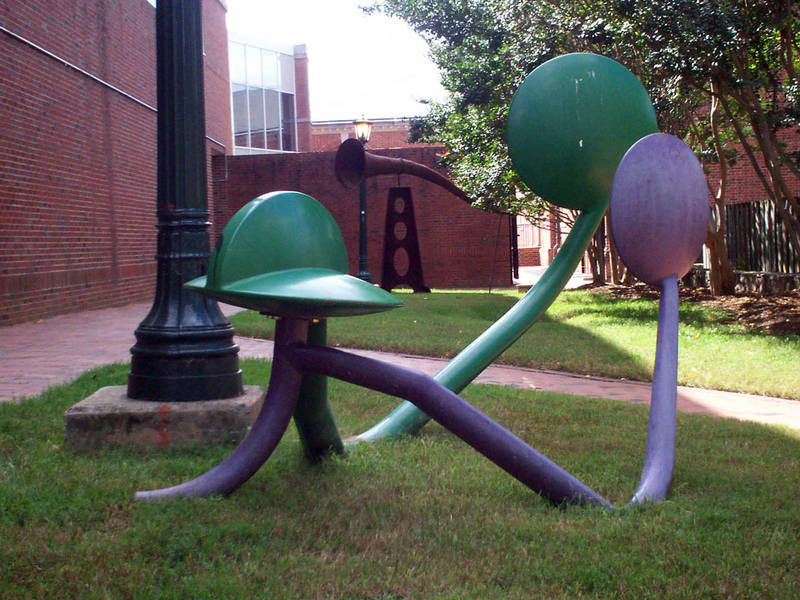 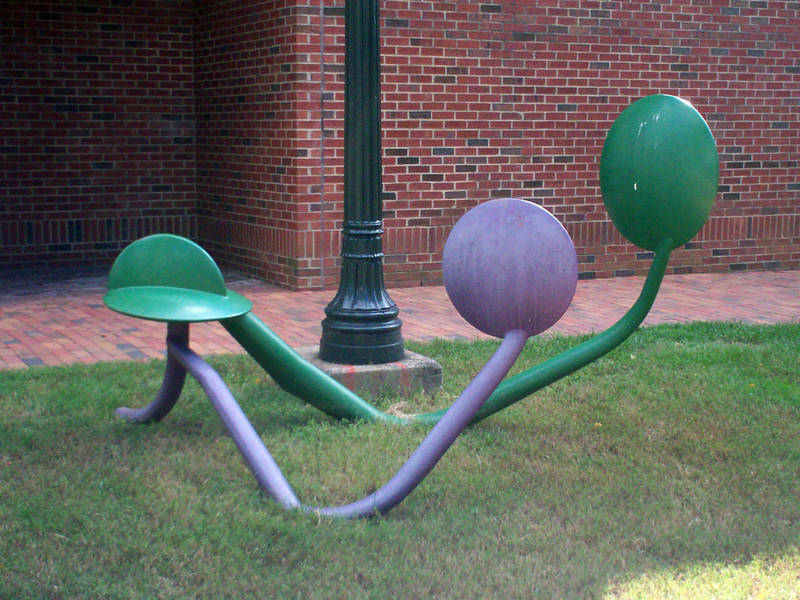 Robert Howard (1922-1999) taught art at UNC from 1951 to 1988. His first solo exhibition was presented in 1951 in Person Hall, which was UNC's art gallery at the time. The two sculptures by Howard on campus are part of his "Landscape" series, which he began in 1957 and developed over the ensuing decades. Other works by Howard can be seen in the permanent collections of the North Carolina Museum of Art, the Nasher Museum of Art at Duke University, and the Smithsonian American Art Museum in Washington, D.C. The piece above stands at the corner of the Hanes Art Center near Porthole Alley.