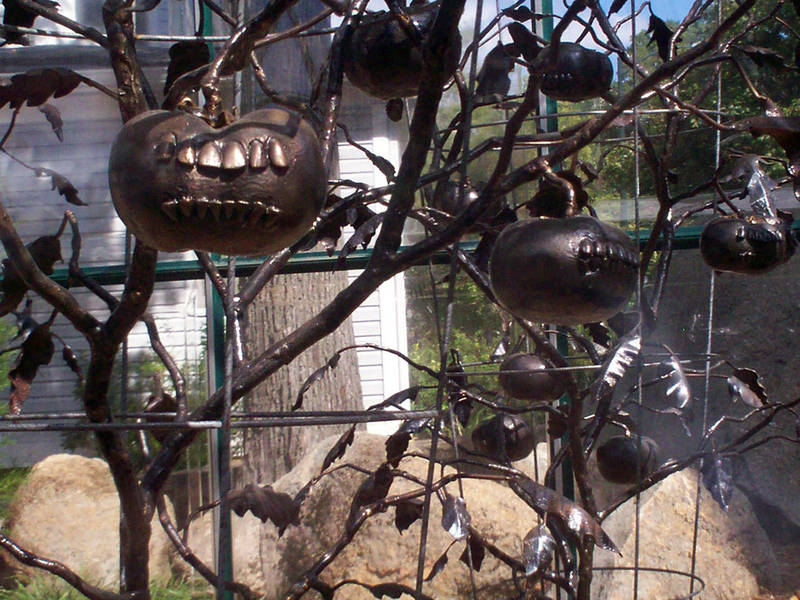 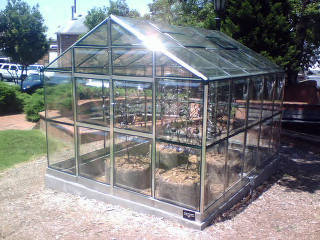 Before its dismantling in early 2009, Sam Van Aken's installation "Killer Tomatoes" was located near the path from Porthole Alley to the Hanes Art Center. Van Aken's work consisted of a greenhouse containing four bronze sculptures of tomato vines within. At night, "grow lights" in the greenhouse ceiling cast an eerie glow. Close inspection revealed that the tomatoes all had mouths, some closed in grimaces and others with teeth bared. Van Aken, who received his MFA at UNC in 2001 and who went on to teach at University of Maine, Orono, and Syracuse University, has explored themes of genetic modification in other recent works as well, even collaborating with a geneticist to grow real mutant hybrid vegetables in his 2008 work "Eden."