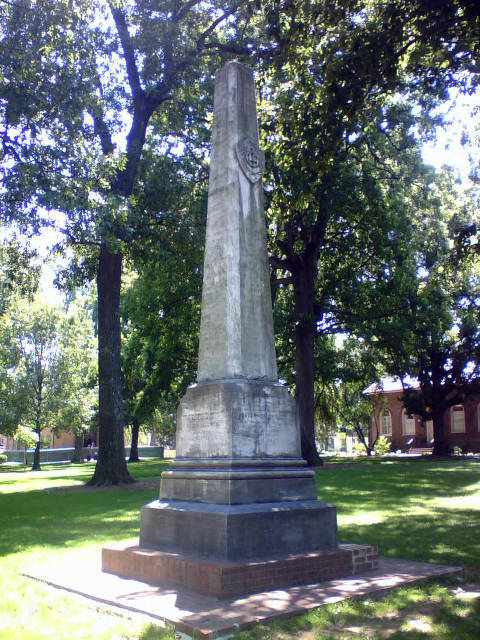 Joseph Caldwell, who came to teach at UNC in 1796 and who later served as president from 1804 to 1812 and again from 1816 to 1835, is buried with his family beneath this obelisk in the center of McCorkle Place. This is in fact the second monument designed for Caldwell. The original obelisk, made of sandstone, was moved to the Old Chapel Hill Cemetery and rededicated to Wilson Caldwell, November Caldwell, David Barham, and Henry Smith, four African American slaves who served the University. The relative obscurity of that rededicated monument was one of the factors that led to the creation of Do-Ho Suh's "Unsung Founders" memorial in 2005.