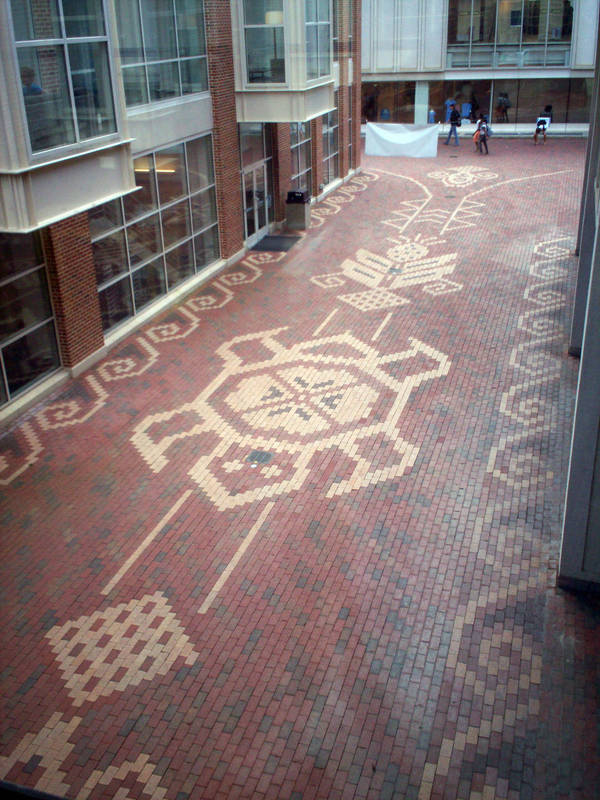 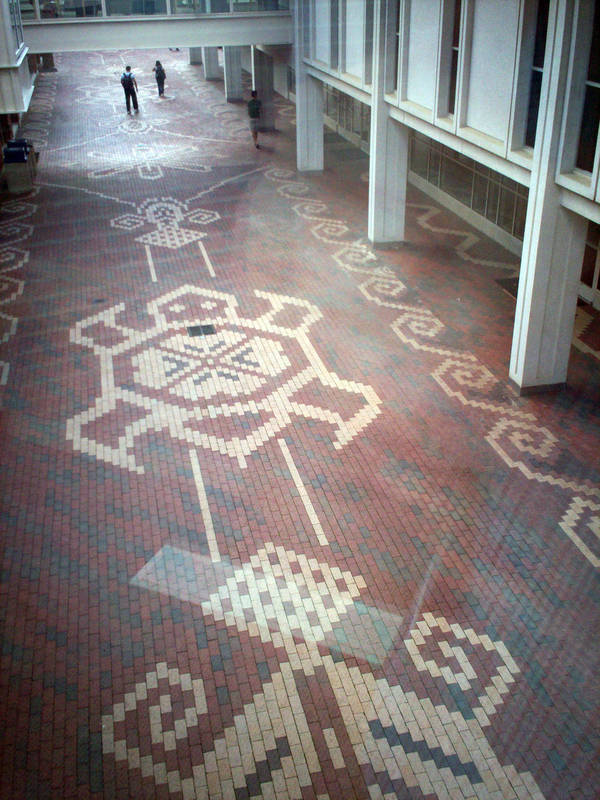 Senora Lynch is a Haliwa-Saponi artist who resides in Warrenton. She is well known in North Carolina not only for her pottery and beadwork, which can be seen in many museums and institutions, but also for her active participation in keeping North Carolina's Native American arts and culture alive through school teaching, workshops and public appearances. "The Gift," composed in a staggered pattern typical of beadwork but rendered in colored brick on a massive scale, depicts traditional southeastern Native American life symbols such as turtles, eagle feathers, ears of corn, mountains, and water. A key posted on a plaque near the artwork explains the meanings of the symbols. "The Gift" was rededicated on April 10, 2015, with a Corn Planting Dance and an honor song dedicated to the late Haliwa-Saponi Chief W.R. Richardson.