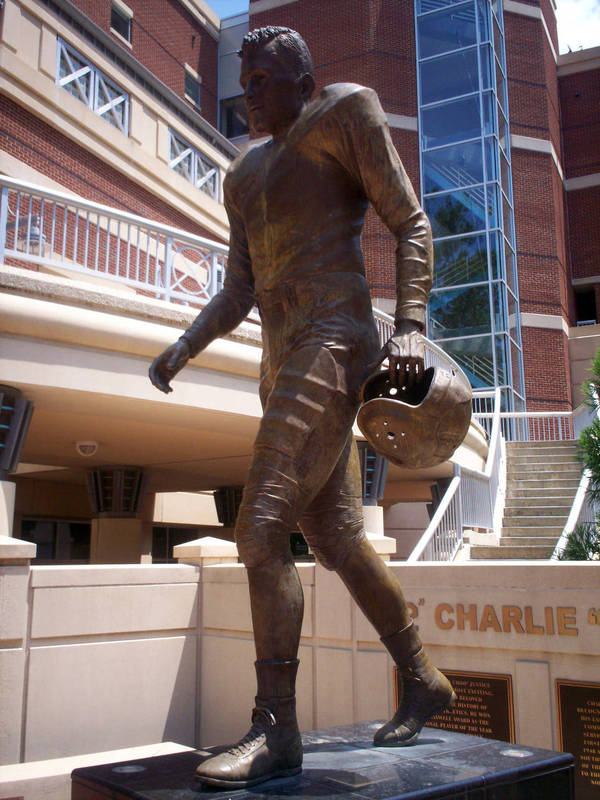 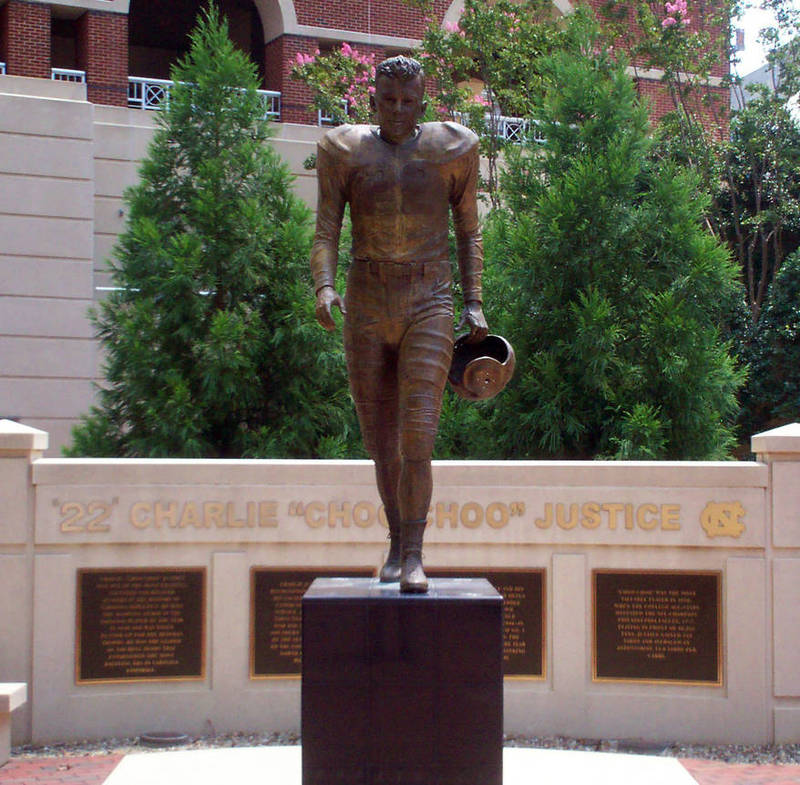 Asheboro, North Carolina, artist Johnpaul Harris created this privately funded, larger-than-life (8' 6", 950-pound) statue of beloved football player Charlie "Choo Choo" Justice for the entrance of the Frank H. Kenan Football Center. After a career as a star player for UNC, Justice remained a goodwill ambassador for the University until his death in 2003. Rather than depicting Justice in the exaggerated action pose typical of athletic statues, Harris chose to represent him in an "everyman pose," walking with his helmet in hand. This allowed Harris not only to show Justice's face (a dead-on likeness, according to teammates and photographer Hugh Morton), but also to emphasize his humanity and regularity. Other well-known works by Harris include "Mildred the Bear" at Grandfather Mountain and the White Rhino statue in the North Carolina Zoo in Asheboro.