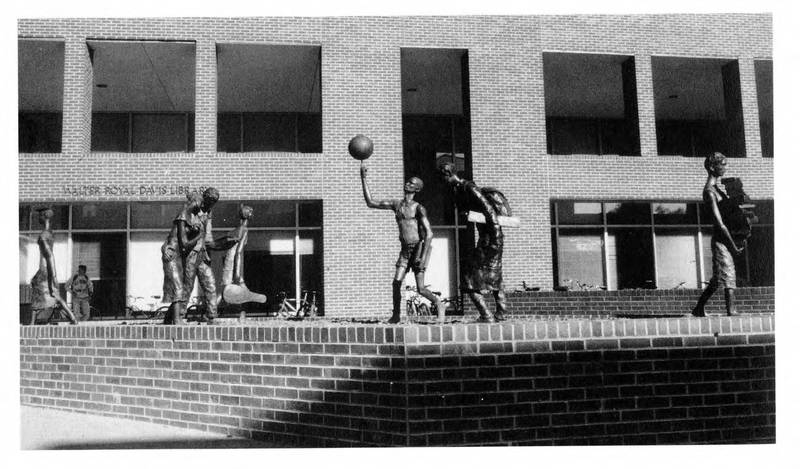 The sculpture "The Student Body" by Julia Balk (class of 1985) inspired immediate controversy upon its installation in front of Davis Library in October 1990. For more than a month following the sculpture's appearance, the Daily Tar Heel and Black Ink (a publication of the Black Student Movement) received letters alleging that the sculpture perpetuated stereotypes, and more than 500 students signed a petition to have it removed. Complaints particularly focused on the figures of an African American man spinning a basketball on his finger, an African American woman balancing a book on her head, an Asian American woman carrying a violin, and a white woman holding an apple and leaning on the shoulder of a man. After a few months of debate, during which time the sculpture was vandalized (the figures were splashed with mud and red paint, the basketball was stolen, and the player was knocked over), the University elected to repair the basketball player and move the sculpture to a less prominent location. A little later, both the basketball player and violin player were removed without official explanation.