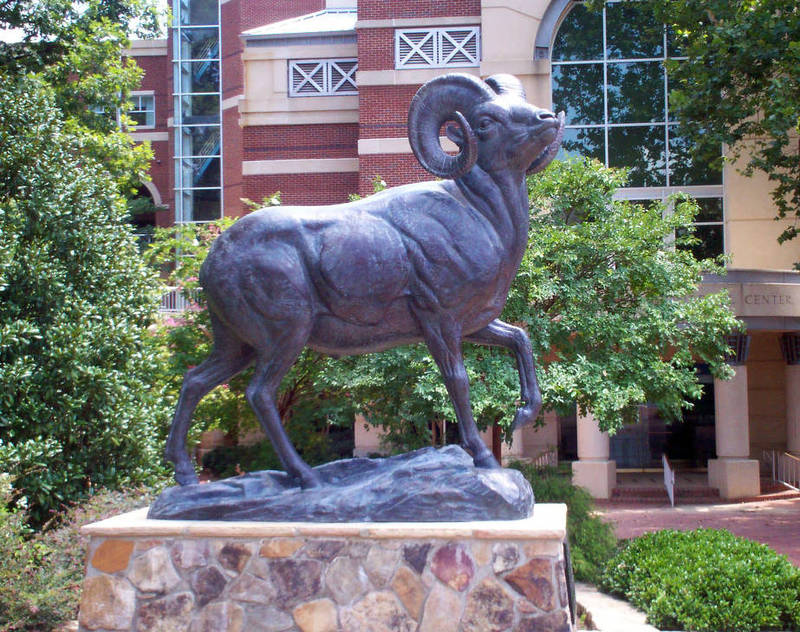 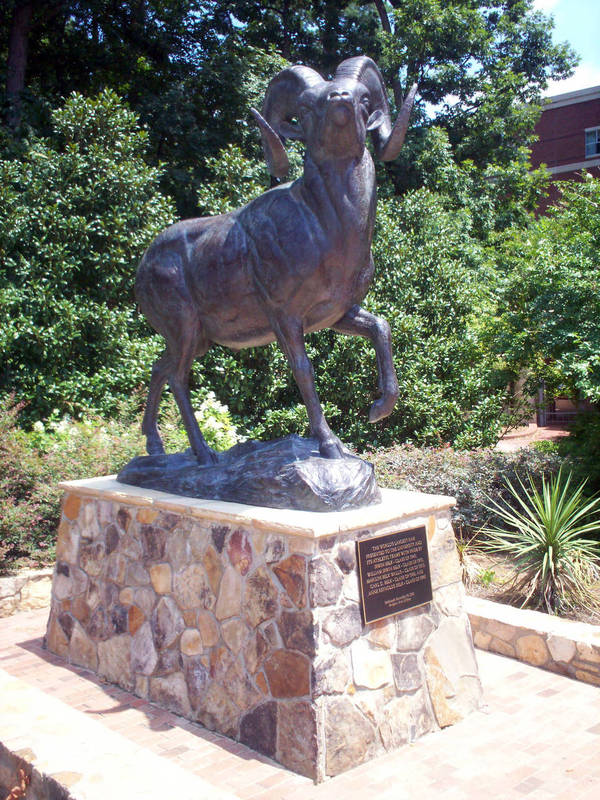 Track and field alumnus Irwin Belk (class of 1945), wanted to bequeath an athletic statue that would make UNC world famous, so he and other family alumni (William Irwin Belk, Marilyn Belk Wallis, Carl G. Belk, and Anne Reynolds Belk) provided the funding for "The Ram," a monument of the University mascot that would also be the world's largest sculpture of a ram. The Belks chose Sweden-born, Texas-based sculptor Kent Ullberg—whose more than thirty monumental wildlife pieces can be seen in museums and public settings on four continents—to create the one-ton bronze behemoth that stands at the entrance of Kenan Stadium. Upon its unveiling in November 2002, Irwin Belk was confident of the monument's enduring stature: "You come back in 2,000 years," he told the Daily Tar Heel, "and it’ll still be here."