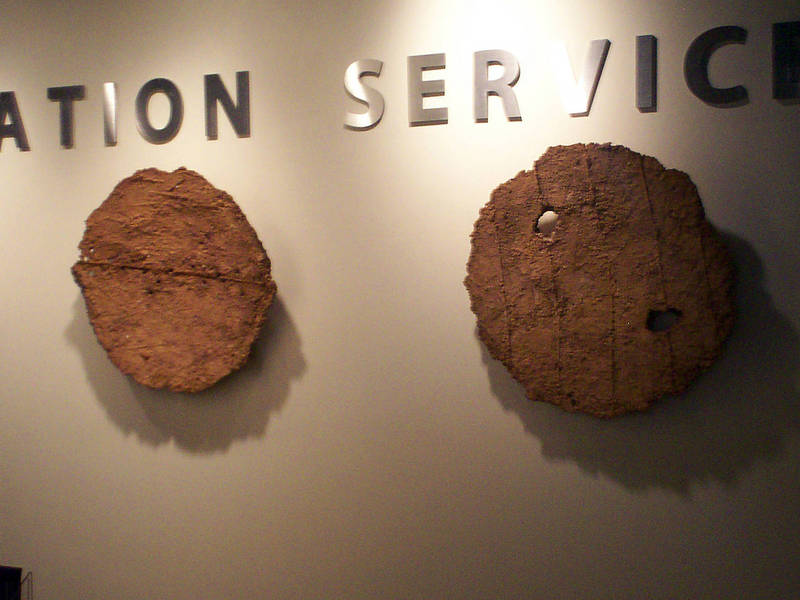 Thomas Sayre (class of 1973) was a Morehead Scholar who majored in English and studio art. He has become one of North Carolina’s most famous creators of public art. His "earthcasts" are created by pouring a mixture of concrete and iron oxide into molds in the soil. Some of the molds are intentionally dug by Sayre, while others are formed by weather conditions, or unintentionally by human and animal behavior. The four earthcasts hanging in the Carolina Union, part of a series of 15, are approximately 3 feet in diameter. Sayre has also created more monumental works, including "Furrow," a series of 18-foot tall concave discs that flank the tracks of the Scaleybark Station of Charlotte’s LYNX light rail system.