Laying the Cornerstone of Old East 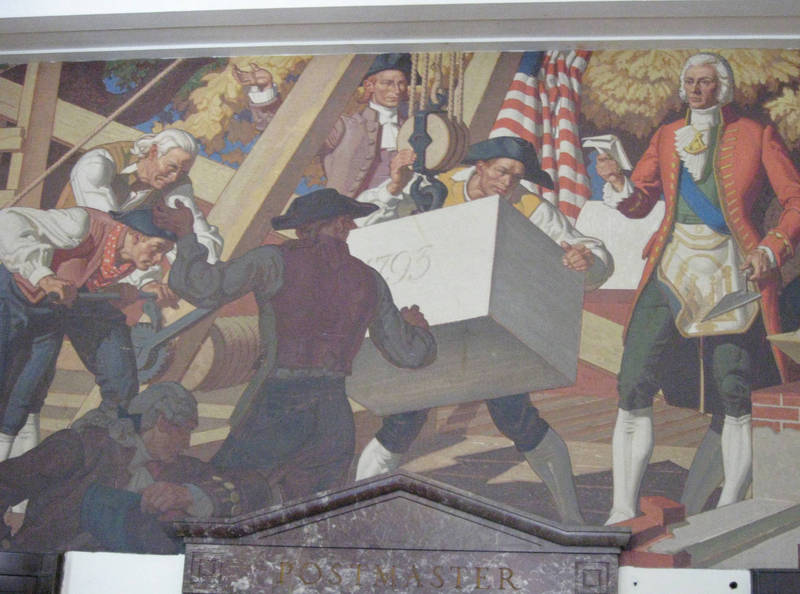 Over an interior doorway in the Chapel Hill Courthouse and Post Office building, a mural by Dean Cornwell depicts the laying of the cornerstone of Old East by William Richardson Davie, "Grand Master of Free Masons of North Carolina, Trustee and Commissioner," assisted by other commissioners and "the Brethren of the Eagle and Independence Lodges." Cornwell, "The Dean of Illustrators" and President of the Society of Illustrators from 1922 to 1926, was an accomplished commercial illustrator, famous for his full-color print ads for Seagrams, Palmolive, General Motors, and Coca-Cola, as well as art for Cosmopolitan and other prominent magazines in the 1920s. He was also renowned for his patriotic war posters in the 1940s.