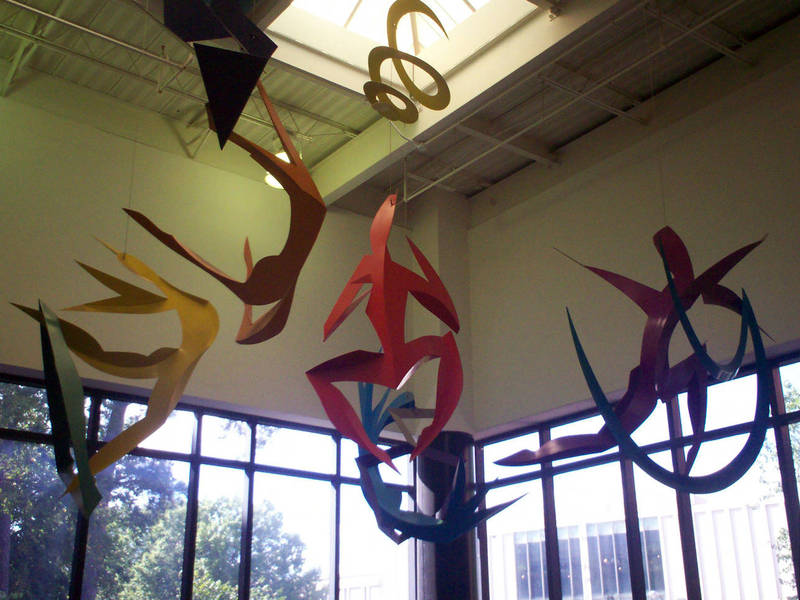 Mary Ann Mears was selected by the North Carolina Arts Commission's Artworks In State Buildings Program to create an artwork for the entrance of the Student Recreation Center. Part sculpture, part mobile, "Sky Dancing" hangs from the ceiling of the lobby, moving gently in the air currents. The sense of athletic activity is accentuated by the individual brightly colored figures themselves, some recognizable as human forms in motion and some more abstractly representing movement via spirals, twists, arcs, and bursts. Two-dimensional representations of the figures also appear in the logo and branding materials of the SRC. More than 20 other works by Baltimore artist Mears can be seen in seven states and in Japan. Her best-known work is perhaps the equally colorful and dynamic "Coloratura" mural/sculpture that graces the Southern Avenue Metrorail station in Hillcrest Heights, Washington, D.C.