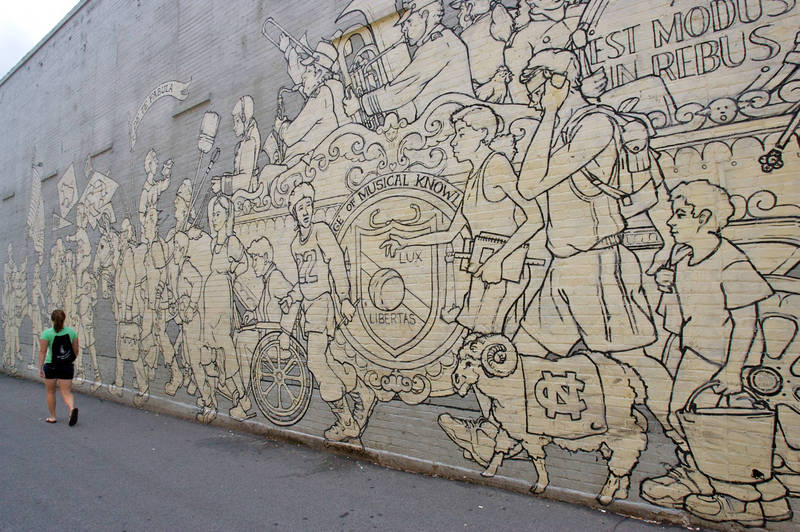 Childhood visits to UNC baseball games partly inspired Chapel Hill native Michael Brown's "Parade of Humanity" mural, completed in 1997. The fact that the Porthole Alley acts as a gateway between Franklin St. and UNC also inspired the subject matter: "I liked the idea of a parade mural since that alley had a constant parade of interesting characters going to and from campus," said Brown. Brown even based some characters on people he knew in Chapel Hill. Brown has painted 19 other murals near downtown Chapel Hill, including a pencil mural on Henderson Street across from campus and a mural of turtles on Columbia Street.