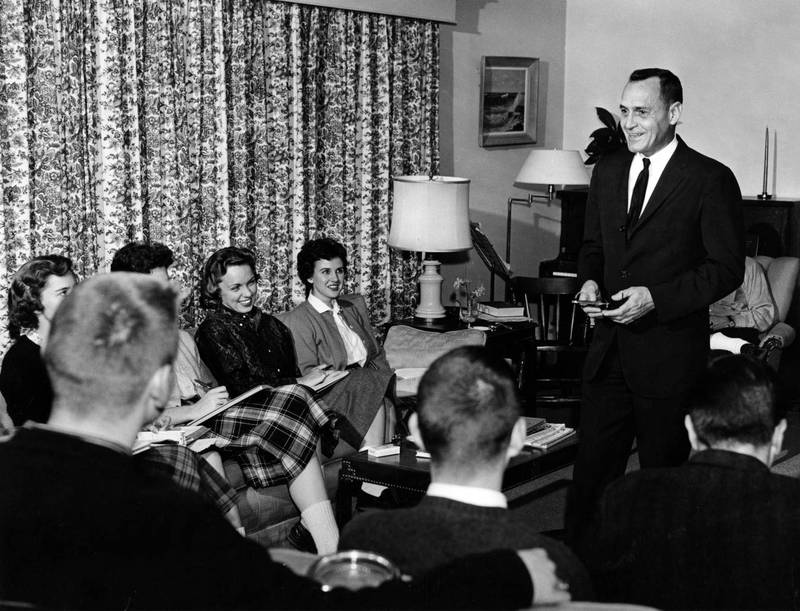 Bernard Boyd was another legendary Carolina professor who taught several generations of students. An ordained Presbyterian minister, he served as a Marine chaplain during World War II. He joined the Carolina faculty in 1950. There was no department or school of religion at Carolina before World War II. In 1946, to fill that void, James A. Gray, the president of R. J. Reynolds Tobacco Company, endowed a professorship in Biblical literature to teach undergraduates the basics of scripture. Boyd held that chair from 1950 until 1975. His “Introduction to New Testament Literature” became a popular television course. He was particularly interested in biblical archaeology and led summer expeditions to digs in Israel.