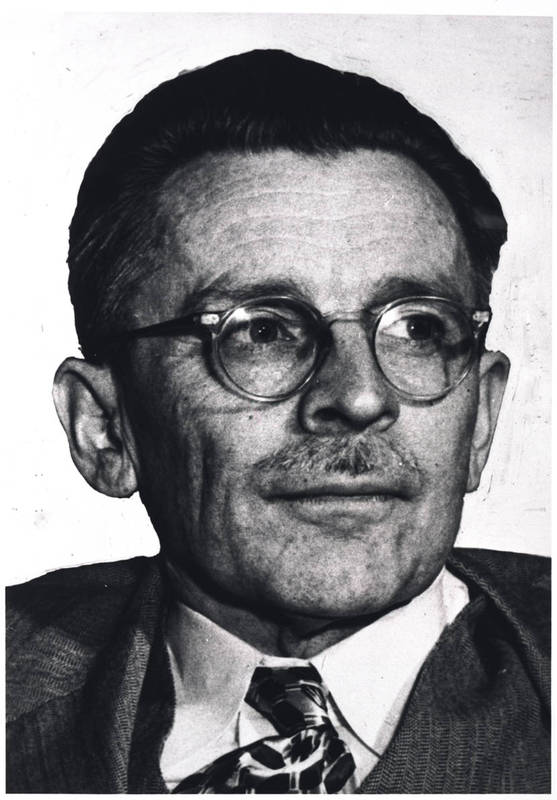 The second recipient of the Thomas Jefferson Award was sociologist Rupert B. Vance. He contracted polio as a child, which decreased his physical mobility. He received a masters degree in economics from Vanderbilt University and, in 1926, joined the faculty at UNC as one of the first recruits for the new sociology department led by Howard Odum. He remained at UNC for forty years, playing a leading role in the introduction of the sociological study of the South at the university’s Institute of Research in Social Science. In seven books and many other publications, Vance pioneered the new, more realistic analysis of the South that accounted for its economic and racial problems. He also suggested solutions for those problems and urged his fellow southerners to embrace progress. Later in his career, he concentrated on new statistical methods and demography. He served on the governing board of the University of North Carolina Press and was active in community work. In 1944, he was elected president of the American Sociological Association.