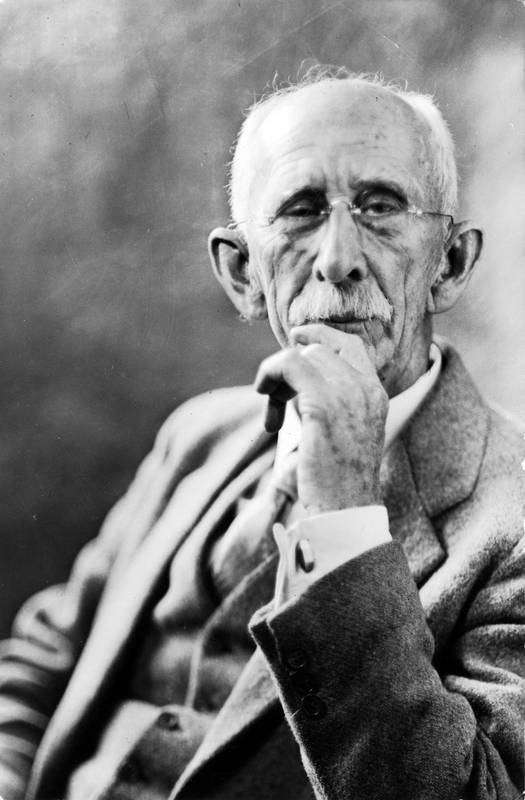 Horace Williams ranked second only to the Grahams in popularity among Carolina students. He graduated from the university in 1883, attended divinity school at Yale and Harvard, and returned to Chapel Hill in 1891 to teach philosophy and psychology. During his long teaching career, he saw himself as a gadfly who prodded students to question accepted truths. He used the Socratic teaching method to show his students how to ask difficult, unpleasant, and impolite questions. He urged them to get to the heart of the matter, to identify the basics of a problem, what he called the “begrift.” Admiring students included Thomas Wolfe, Phillips Russell, and Paul Green. Outside the classroom, Williams was a shrewd businessman and real estate investor. When he died in 1940, he left his estate to the philosophy department for fellowships. Part of the land he deeded to the university became a World War II facility for pilot training and is now known as the Horace Williams Airport.