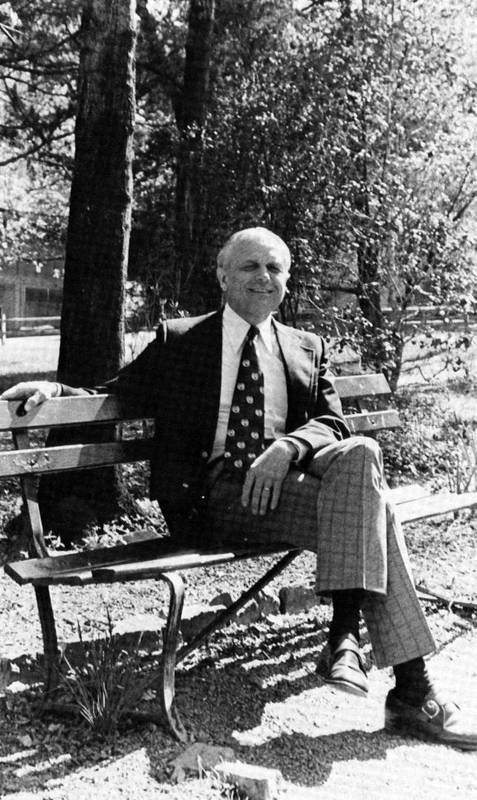 E. Maynard Adams grew up on a tobacco farm in Virginia. He attended the University of Richmond and went on to earn a doctorate in philosophy from Harvard. He began teaching at UNC in 1948 and remained on the faculty until his retirement in 1990. During his long and distinguished career, he served as department chair, faculty secretary, and chair of the faculty. A Kenan professor, he helped found the university’s Program in the Humanities and Human values as well as its Curriculum in Peace, War and Defense. Known for his writings on the importance of the humanities, liberal education, and the life of the mind, Adams argued that learning was a highly moral and ethical enterprise that helped make the world a better place. His books include Philosophy and the Modern Mind: A Philosophical Critique of Modern Western Civilization and The Idea of America. He was on Governor James B. Hunt’s Task Force on Science and Technology and chaired a committee for Hunt on science, technology and human values. He won the Thomas Jefferson Award in 1971.