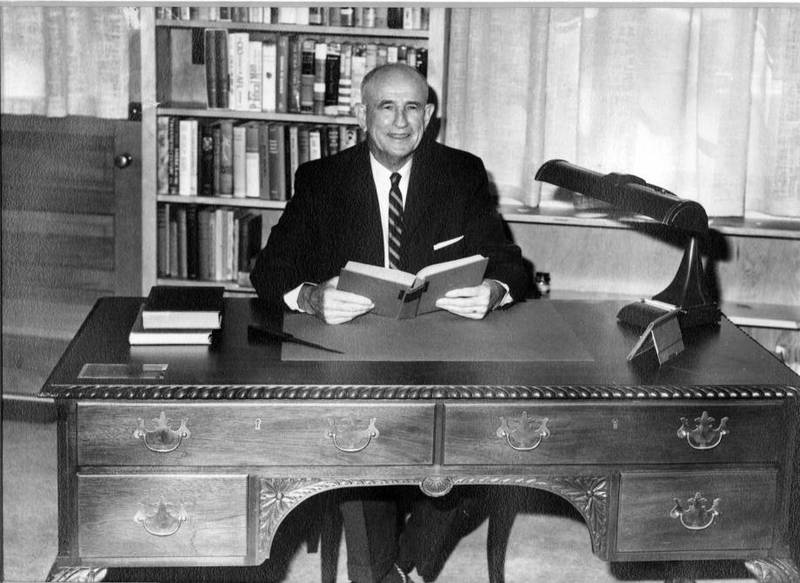 After serving with the American Expeditionary Force in France during World War I, Fletcher Green returned to his home state of Georgia to complete his studies at Emory University. In 1927, he earned a doctorate in history at the University of North Carolina under J. G. de Roulhac Hamilton. He accepted a post at Emory University, where he taught for three years . Green returned to the UNC history department in 1936 as a teacher, eventually earning a Kenan professorship. From 1953 until 1960, he was head of the department; he retired in 1966. Green's talent as an educator attracted many promising graduate students, including George Brown Tindall, Dewey W. Grantham , and Arthur Stanley Link. Green directed the dissertations of over one hundred doctoral candidates. As a result of overseeing the training of such a large number of scholars of southern history, Green's influence extended far beyond Carolina. He held the position of president of both the Southern Historical Association and the Mississippi Valley Historical Association (later the Organization of American Historians). He received the Thomas Jefferson award in 1965.