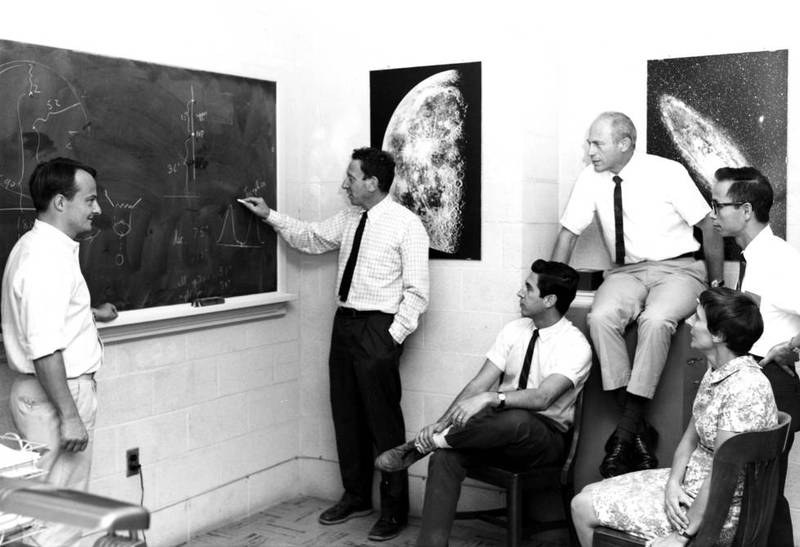 Eugen Merzbacher, Kenan Professor of physics, is a leading authority on quantum mechanics. Born in Berlin in 1921, he attended the University of Istanbul in Turkey and then taught high school in Ankara. He came to the United States in 1947 to attend Harvard University, where he earned masters and doctoral degrees. In 1952, he joined the Carolina faculty. Merzbacher served twice as physics department chair and was named a Kenan Professor in 1969. He was a principal investigator at the Triangle Universities Nuclear Laboratory, a joint venture sponsored by Carolina, Duke, and North Carolina State. He is the author of the standard textbook in his field, Quantum Mechanics. Merzbacher is a fellow in the American Physical Society and a member of the American Association of Physics Teachers. He received the university's 1972 Thomas Jefferson Award. In 1993, the University presented him with an honorary doctorate in science.