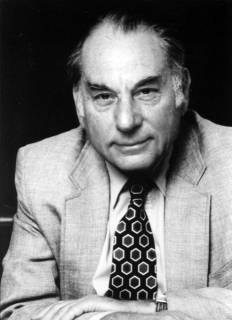 Ernest Eliel, a William R. Kenan Jr. professor of chemistry, was born in Cologne, Germany, and moved to Edinburgh, Scotland, in 1938. In 1941, he went to Cuba, where he earned his doctoral degree in chemistry from the University of Havana. In 1946, he came to the United States and enrolled at the University of Illinois, where he received a Ph.D. in organic chemistry. His first faculty appointment was with the University of Notre Dame, where he taught from 1948 until 1972. He joined the Carolina faculty as a professor of chemistry in 1972. A pioneer in stereochemistry and conformational analysis (the relationship of molecules to one another), Eliel was elected to the American Academy of Arts and Sciences and the National Academy of Sciences and is counted among the twenty most-cited authors in science. He holds honorary degrees from the University of Notre Dame and Duke University. In 1992, Eliel served as president of the American Chemical Society, the world's largest scientific society and received the group's highest honor, the Priestley Medal. He won UNC’s Thomas Jefferson Award in 1991.