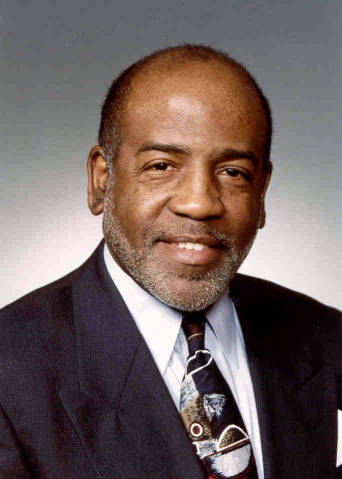 After graduating with honors from North Carolina Central University and Columbia University School of Law, Charles Daye entered private practice with a Washington, D.C., law firm. He joined Carolina’s law school faculty in 1975 and left in 1981 to chair the law school at North Carolina Central. When he returned to the Carolina faculty in 1985, he continued his scholarly work on housing and torts. He spent considerable time on student and faculty diversity issues, twice heading the law school's special Admissions Policy Committee as well as the campus-wide Affirmative Action Advisory Committee. The Law School Admissions Council, which oversees admissions policies for the nation's law schools, named Daye to its Board of Trustees in 1988 and made him its president and spokesperson from 1991 to 1993. As legal challenges to affirmative action admissions policies mounted in the mid-1990s, the Association of American Law Schools brought in Daye to serve on a special Diversity Task Force in 1999 and on a Joint Committee on Diversity in 2001. Daye co-authored a brief in 2003 that helped sway the Supreme Court to preserve affirmative action in college and university admissions. He won the Thomas Jefferson Award in 2004.