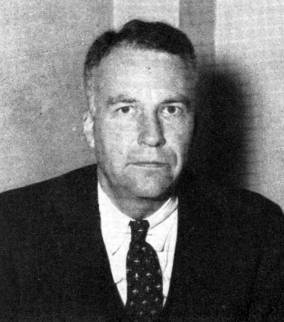 Henry P. Brandis, Jr., the third recipient of the Jefferson Award at UNC, was born in Salisbury , North Carolina, in 1909. He entered the University at age of fifteen and was inducted into Phi Beta Kappa at age 18. After receiving his B.A. in 1928 from Carolina, he entered law school at Columbia University, graduating in 1931 at the age of 21. He practiced law in New York City for two years and then returned to UNC to become the first full-time staff member of the fledgling Institute of Government, a campus organization for training public officials. In 1937, he became the executive secretary of the state’s Tax Classification Commission. Two years later, he was appointed chief of the Research Division of the North Carolina Department of Revenue. Brandis joined the UNC law school in 1940 and served as its dean from 1949 until 1964. The following year, he was appointed one of the first Graham Kenan Professors of Law. He retired in 1972. Brandis also served on boards for the Atomic Energy Commission and accompanied university president Frank Porter Graham on a peace mission to Indonesia in 1947-1948.