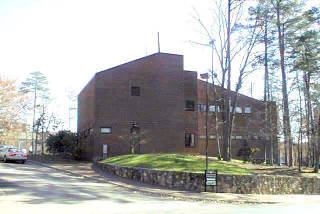 The air and engineering laboratory in the School of Public Health was named for Herman G. Baity, a 1917 graduate of Carolina who earned from Harvard University the first doctorate ever granted in sanitary engineering. He joined Carolina’s school of engineering in 1926 and became dean in 1932, serving until that program transferred to North Carolina State in 1936. Determined to stay at Carolina, he joined the public health school and led its Department of Environmental Sciences and Engineering. He was internationally known for his work with water and sewage treatment plants throughout North Carolina and in South America, and served as director of sanitary engineering for the World Health Organization in Geneva, Switzerland.