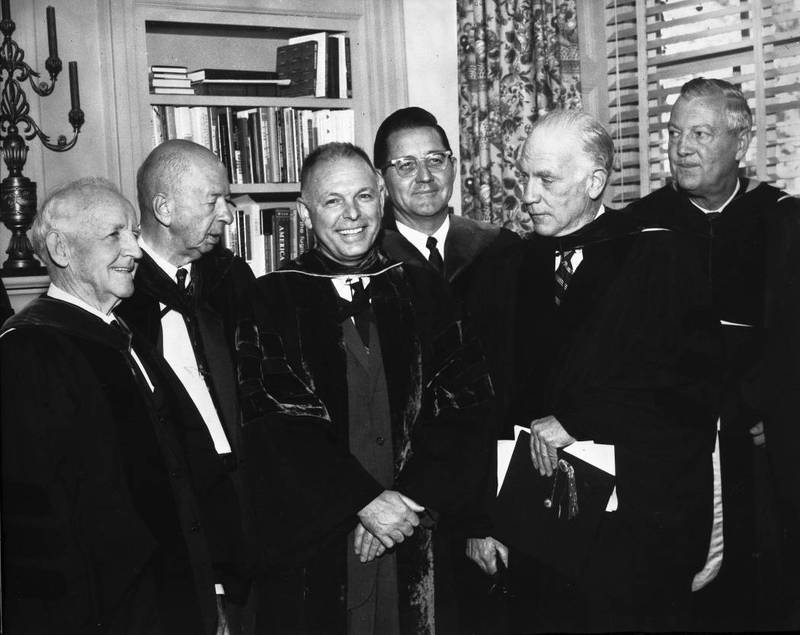 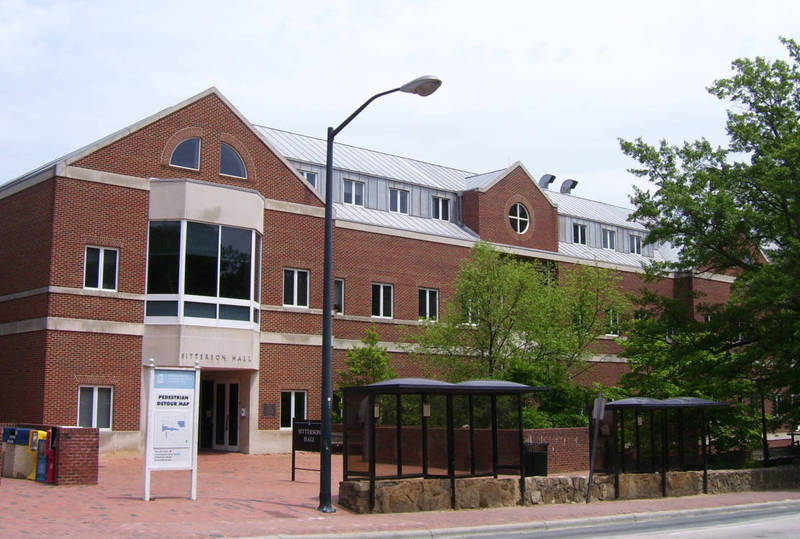 Dedicated in 1987, this building honors J. Carlyle Sitterson, university chancellor from 1966 to 1971. A native of Kinston, North Carolina, Sitterson received his undergraduate and graduate degrees from UNC. He began teaching history at the university in 1935 and advanced to full professor in 1947. His specialty was U.S. history. In 1961, he became a Kenan professor. After serving as dean of the General College and the College of Arts and Sciences, he assumed the position of chancellor in 1966. During an era of civil rights and anti-war demonstrations, he worked to keep the campus peaceful and to forge compromises among conflicting groups. His tenure as chancellor brought increased female enrollment and greater equality for them under campus regulations.