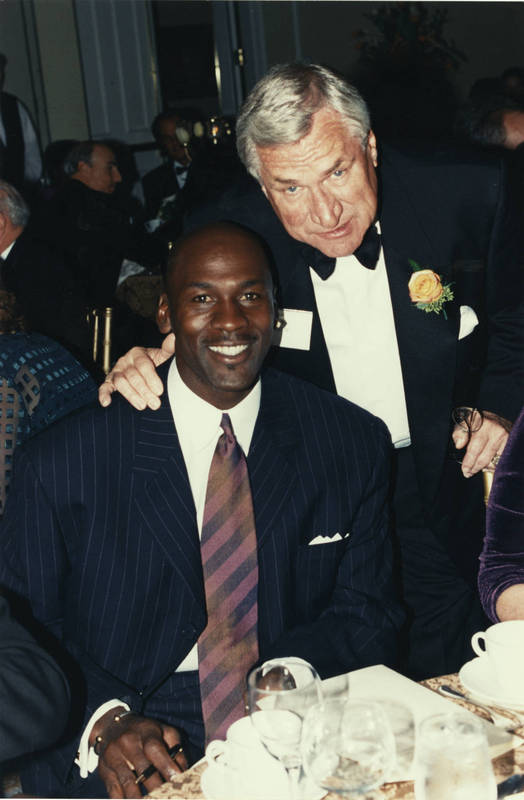 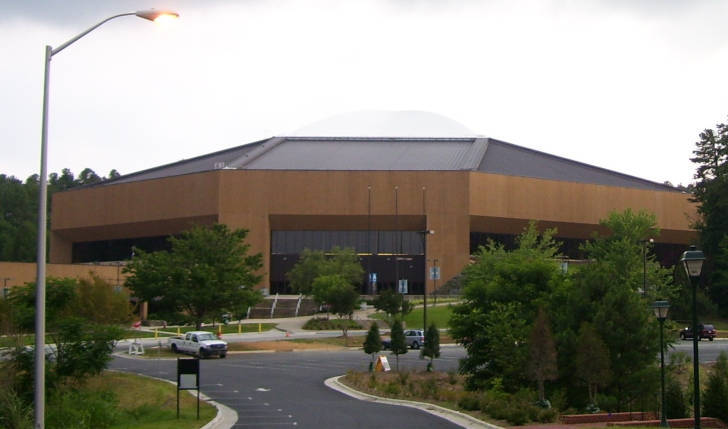 The Dean E. Smith Center, completed in 1986, is the university’s basketball arena. Dean Smith, a Kansas native and the son of public school teachers, attended the University of Kansas, where he played varsity basketball and baseball and freshman football. Smith was a member of the Jayhawks basketball teams that won the national championship in 1952 and finished second to Indiana in 1953. After graduation, he served as an assistant coach at Kansas and then joined the U.S. Air Force as a lieutenant. While in the service, he played and coached basketball in Germany. After he left the Air Force, Frank McGuire asked him to join his coaching staff at Carolina as an assistant. After three years as an assistant, Smith replaced McGuire as head coach. He coached Carolina from 1961 to 1997 and retired as the record holder for most wins (879) by a men’s Division I coach. During his time as head coach, Carolina won two national titles and appeared in eleven Final Four tournaments. He also introduced major innovations into basketball, including the four corners offense, the foul line huddle, and the run and jump defense. Smith recruited Carolina’s first African American scholarship basketball player, Charles Scott, and supported integration of Chapel Hill’s public facilities.