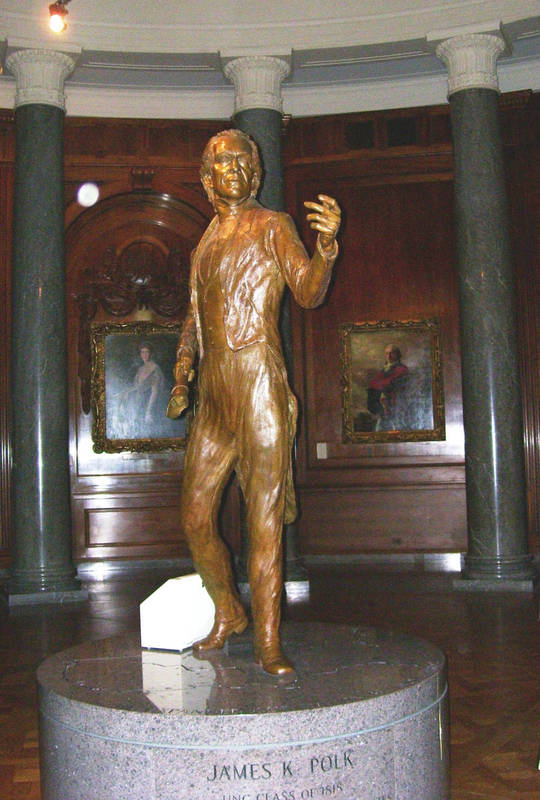 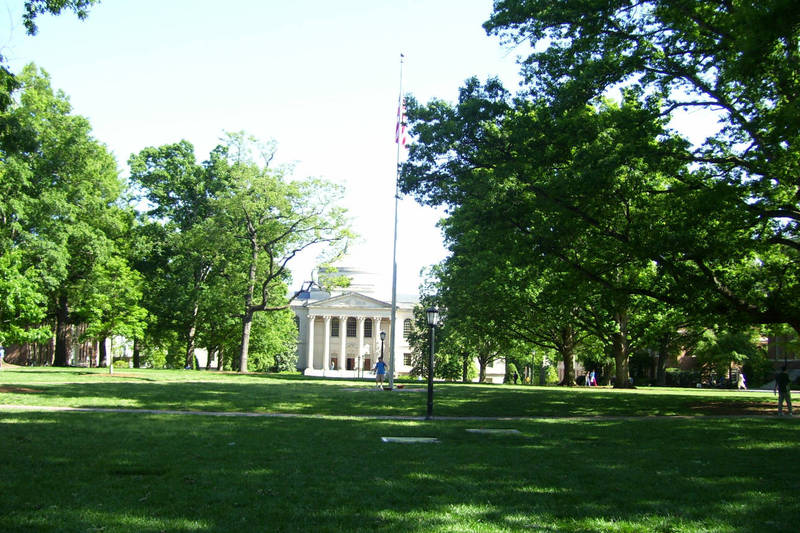 The university expanded to the south during the 1920s, creating a quadrangle named for President James K. Polk. Born in Mecklenburg County, North Carolina, in 1795, Polk moved to Tennessee at the age of ten with his family. He returned to North Carolina to attend UNC, graduating in 1818 with honors. He entered politics as a young lawyer, served in the Tennessee legislature, and became a friend of Andrew Jackson. In the U.S. House of Representatives, Polk was a chief lieutenant of Jackson in his war on the Bank of the United States. He served as Speaker of the House and then as governor of Tennessee. In 1844 he won the presidency on a platform of expansion into Texas, California, and Oregon. Tensions with Mexico over western lands led to war in 1846-1848 and the addition New Mexico and California to the U.S. Polk left office in 1849 and died of cholera soon after.