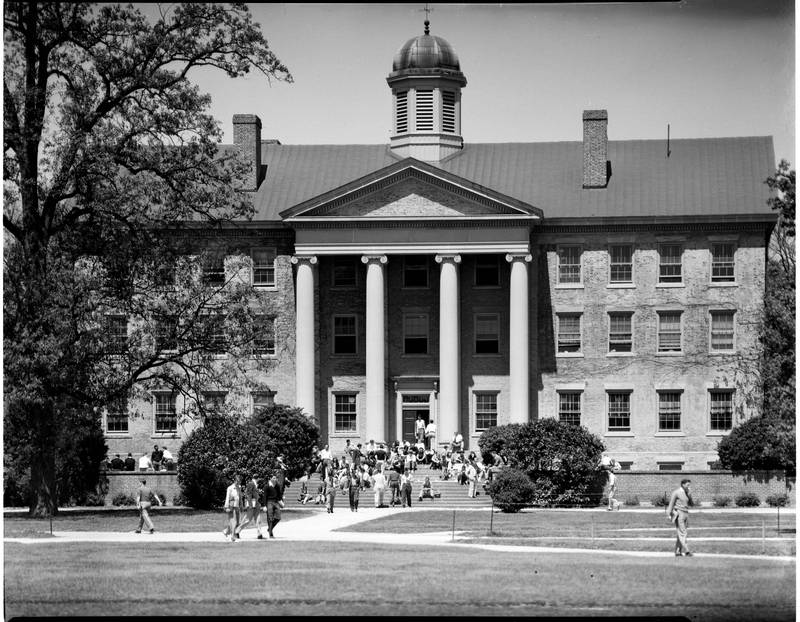 The university laid the cornerstone for this building in 1798 but a shortage of funds delayed its completion until 1814. It contained dormitory rooms, classrooms, and space for the debating societies. A three-story building, it had a projecting middle pavilion and a cupola, but other than that was quite plain. In the 1920s, following the relocation to South Building of the president’s office, the university decided that the building should have a more authoritative design. Architect Arthur Nash transformed its simplicity into an impressive example of collegiate Georgian architecture. He enlarged its windows and substituted four large chimneys for its smaller ones. His most important addition was a grand south portico with four Ionic columns.