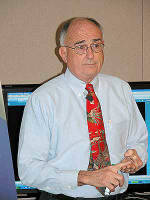 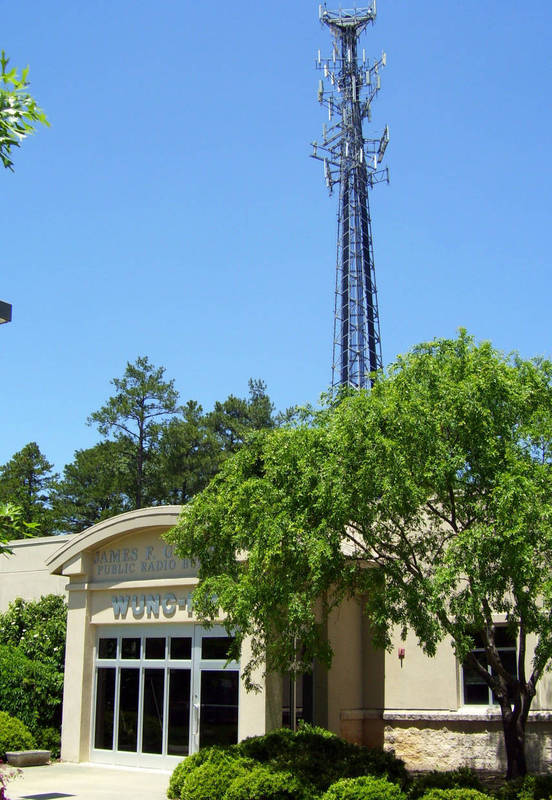 In 1999, the university’s public radio station, WUNC, moved into new quarters next to the Friday Center for Continuing Education. The building was named for businessman and philanthropist James F. Goodmon. A native of Raleigh, Goodmon is the grandson of A. J. Fletcher, the owner of television and radio stations and the founder of the A. J. Fletcher Foundation. Upon his grandfather’s death, Goodmon became chief executive officer of Capitol Broadcasting Company, as well as the head of the foundation. He has received the North Carolina Award, the highest honor the state gives for public service.