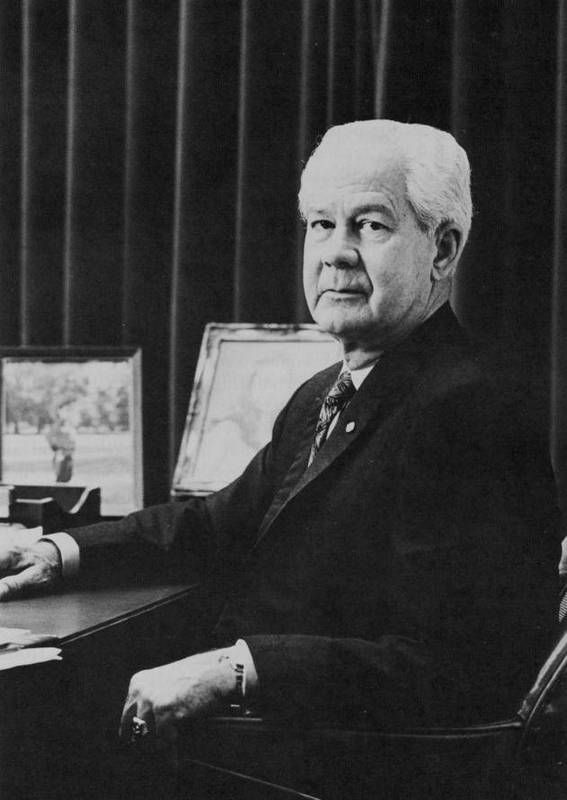 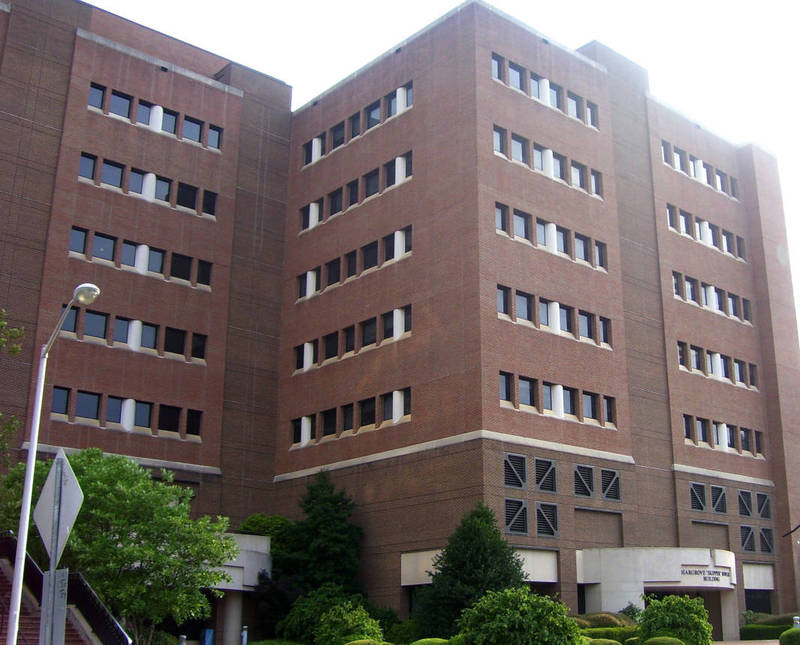 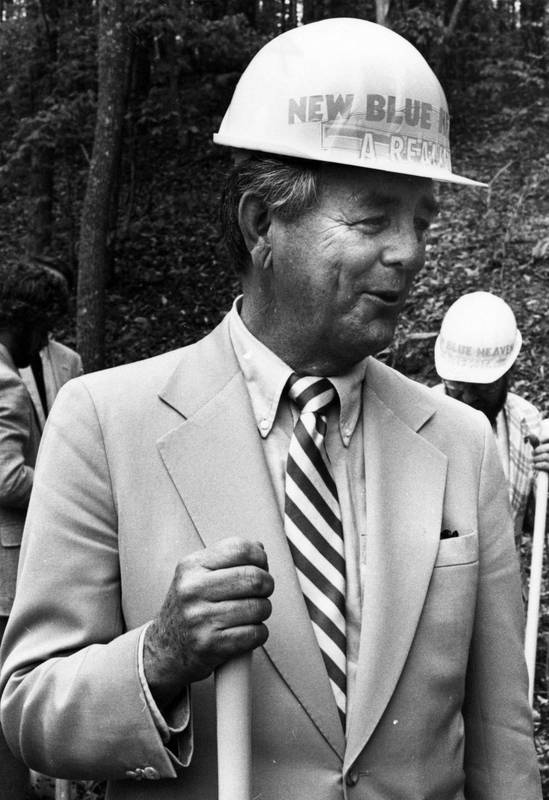 Completed in 1995, this building houses arthritis and alcoholism research centers and is named for Doc J. Thurston and Hargrove (Skipper) Bowles, Jr. A native of Clayton, NC, Thurston graduated cum laude from the School of Engineering in 1932. During the Great Depression, he started Thurston Motor Lines, which grew to become one of the largest trucking companies in the U.S. During the mid-1960s, he expanded his transportation business into the aviation industry with the founding of Thurston Aviation. After he sold his businesses in 1979, he devoted more time to charitable causes, including arthritis research. Hargrove "Skipper" Bowles, Jr., was a native of Monroe, North Carolina, who attended UNC from 1937 to 1941. He worked in the wholesale grocery business until 1956, when he turned to banking, insurance, and real estate. He had a life-long interest in politics, served in the state legislature, and ran unsuccessfully for governor in 1972. While in the General Assembly, he developed an interest in alcoholism research and sponsored the legislation that created Carolina’s Center for Alcohol Studies. He led the successful campaign to raise over thirty million dollars in private funds to build the Dean Smith basketball arena. His son, Erskine Bowles, became president of the sixteen-campus University of North Carolina system in 2005.