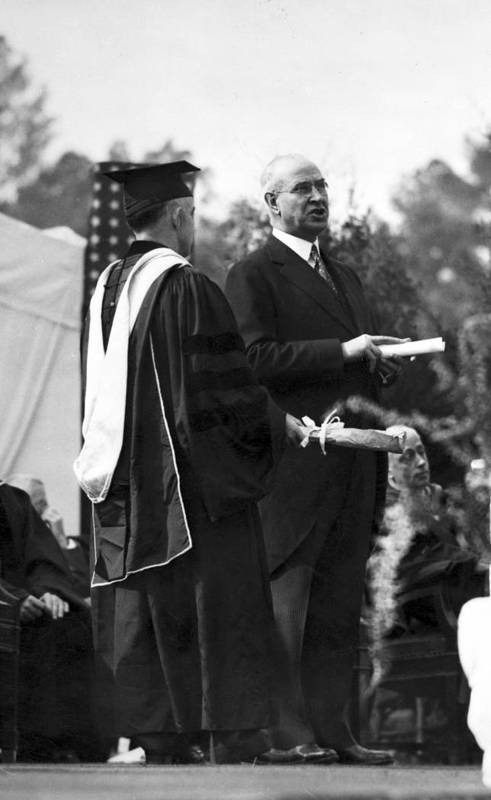 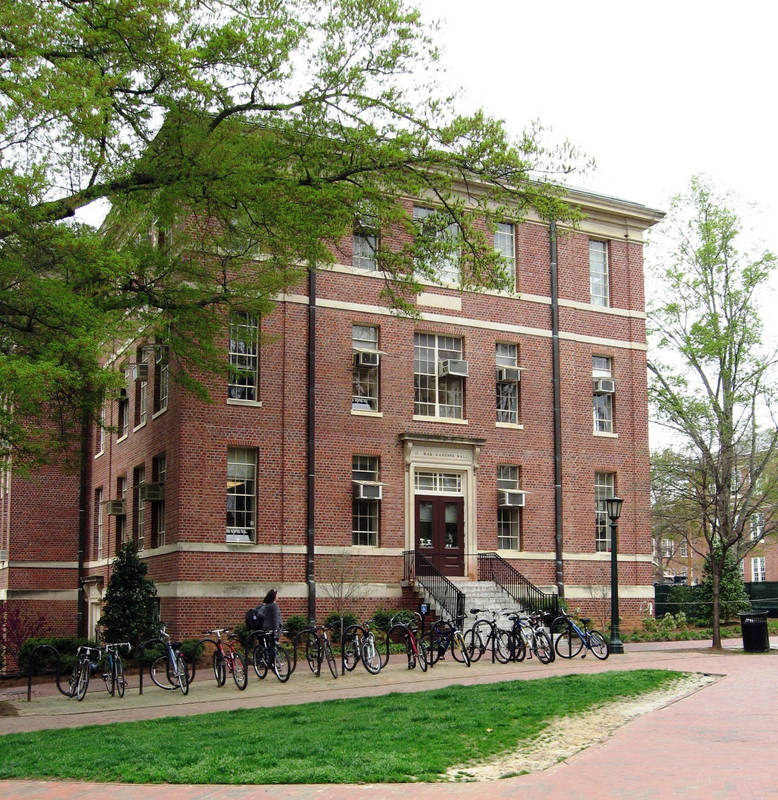 The university named this classroom and office building, which was completed in 1953, for 0. Max Gardner, a lawyer, textile manufacturer and governor of North Carolina.  Gardner, a North Carolina native, attended law school at Carolina, where he was also a football player. Elected governor in 1928, he struggled with the economic crisis of the Great Depression. When he saw the drastic decrease in state tax collections, he turned to the Brookings Institution for advice on how to keep government functioning. It suggested the consolidation of the Chapel Hill campus with the state’s two other major public universities, North Carolina State and the Woman’s College: this was carried out by the General Assembly in 1931, at Gardner’s urging. In 1933, he went to Washington and became one of the capital's most successful lawyers and lobbyists. During this time he became close to presidents Roosevelt and Truman. He died in 1947, shortly before he was to be appointed the American ambassador to the United Kingdom.