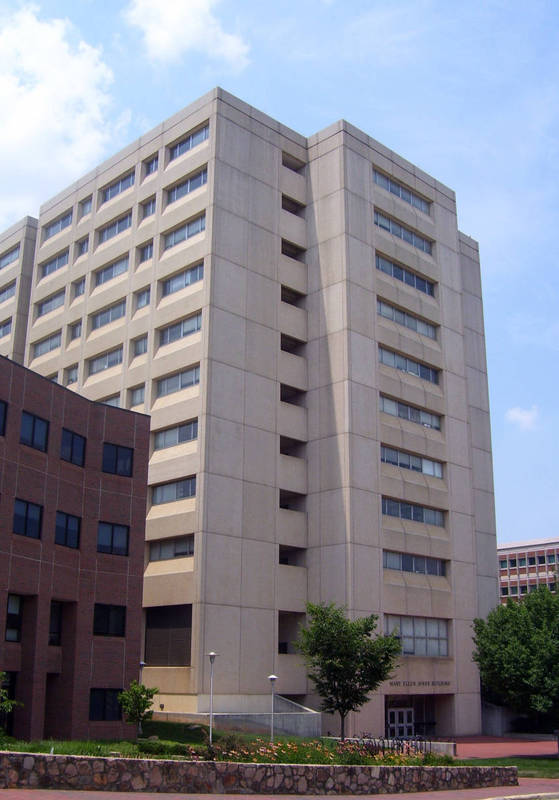 The university completed this medical school building in 1978 and named it for Mary Ellen Jones, a distinguished professor of biochemistry. Jones was born in Illinois, became interested in biology while she was in high school, and majored in biochemistry at the University of Chicago. She received her undergraduate degree in 1944 and earned her doctorate from Yale in 1951. A faculty member at Carolina for thirty years, Jones was the first woman to chair a department in the School of Medicine and the first woman to be named a Kenan professor. In her research, she studied how cells make the building blocks of DNA and how enzymes are involved in the synthesis of nucleotides. She was elected to the Institute of Medicine in 1981, the National Academy of Sciences in 1984, and the American Academy of Arts and Sciences in 1991.