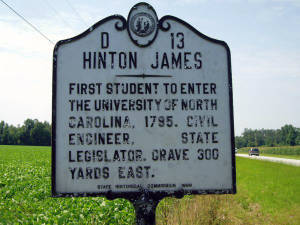 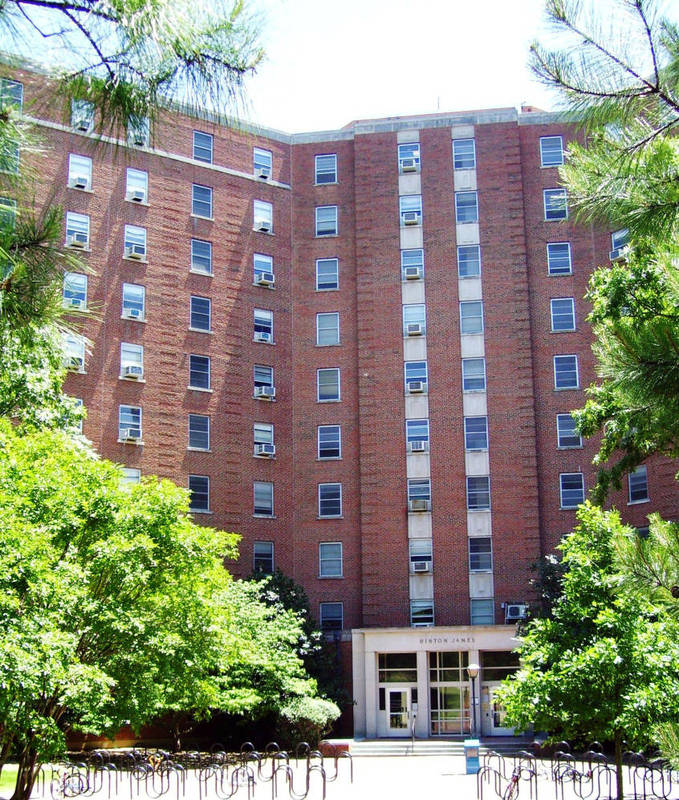 Completed in 1967, the university named this residence hall for Hinton James, the first student to arrive on campus when the university opened in early 1795. By the end of the university’s first term, forty additional students had matriculated. In the fall of 1795, enrollment rose to seventy-four. Born near Wilmington, North Carolina, James was one of the first members of the Philanthropic Society. He earned his degree in 1798 as part of the university’s first graduating class. He pursued a career in engineering and was elected to the state legislature for three terms beginning in 1807.